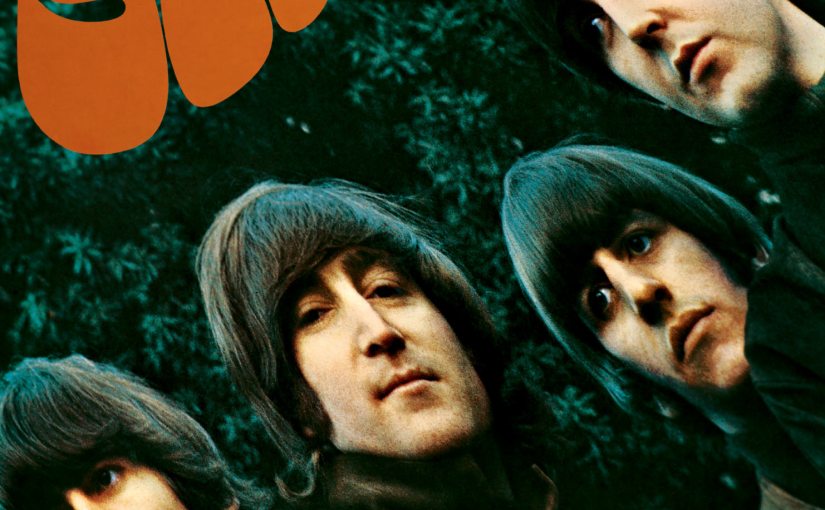 Everyone loves The Beatles!
John Lennon, Paul McCartney, Ringo Starr and George Harrison – do I have to say more? The history of rock&roll can simply be divided into two periods – before and after the Beatles! No other artist or band could or ever will be able to match their universal appeal and limitless talent, not to mention the social and cultural impact they left. Despite a recording career that lasted for about only 8 years, the worldwide craze and popularity turned them into the greatest success story in music history. Let’s also not forget that the British Invasion started with the Beatles – they opened the door for the rest of the British bands who conquered North America and well, the rest is history…

“If greatness is measured in commercial success and popularity, the Beatles were the greatest popular musicians of the twentieth century.”

It wasn’t just one or two albums that cemented their position as the perfect rock&roll band. From their early sound, which was basically a sophisticated meeting between Chuck Berry, Everly Brothers, Buddy Holly and Little Richard, to their later, more experimental, psychedelic and way ahead of its time music, The Beatles kept on challenging themselves and overcoming all odds. Each and every one of their albums played a particular role and left a deep, irremovable mark in music history. However, many fans and critics consider “Sgt. Pepper’s Lonely Hearts Club Band” to be the absolute creative peak of their career and I actually can’t agree more. Many fans often refer to it as their favorite Beatles album. Other popular choices are “Revolver” or “Abbey Road” – both groundbreaking albums. Personally, however, as much as I adore every musical effort of the Beatles, I’ve always had a soft spot for “Rubber Soul”. I bet there are more people out there who feel the same way. I wanted to talk a little bit more about this transitional album because sometimes it gets lost in translation when in fact I believe it’s their most interesting and story-filled album. Let me tell you why… 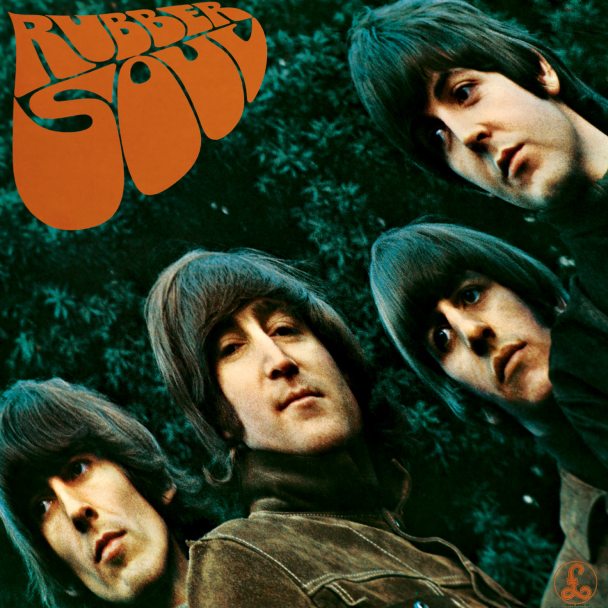 Let’s go back to 1964 when Bob Dylan went down to New York to meet the Beatles. That fateful meeting marked a very crucial point in the careers of everyone involved in it. Imagine the amount of talent and artistic capacity that was about to explode in that room where those two influential rock acts met! Bob Dylan and the Beatles connected right away as ideas and influences started flying around the room. Bob was still strictly an acoustic musician, but it all changed after that meeting. He plugged it in and became a rock&roll player just like that overnight. The Beatles, on the other hand, were influenced artistically and lyrically. Up until that point, their approach to music was simplistic, straightforward and quite innocent. After meeting Bob Dylan, the “poet with a guitar”, however, they no longer came back to the cute love songs – their lyrics became more philosophical and sophisticated and that’s exactly what they needed. That event has always been quite intriguing to me – I do believe that a great conversation can absolutely change your life. This is exactly what happened with Bob and the guys – they pushed each other out of their comfort zones and things were never the same again.
(Bob Dylan also introduced them to marijuana, but that’s a whole new story…)

After releasing a brilliant soundtrack album – “Help”, containing the most covered song in history – “Yesterday”, the Beatles quickly mobilized and “Rubber Soul” was released just in time for Christmas. 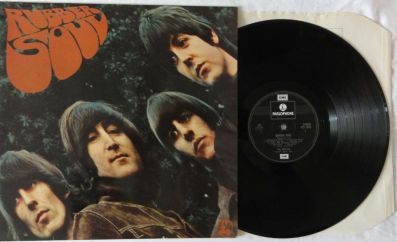 Why do I love “Rubber Soul” so much?

– The album cover: The photograph is so engaging – all of the guys are looking to their right, except Lennon, who’s directly looking at you. It makes me feel a bit uncomfortable but quite curious at the same time. One more thing – they didn’t put their name on the cover! Why would they? Everyone knew how the Beatles looked like. It had nothing to do with confidence or arrogance – it’s all clever marketing.

– The title: African American soul musicians would often call Mick Jagger (or other white musicians), singing blues and soul music a “plastic soul”. They used that as a reference for the title. It’s just so hilarious…

– The music: “Rubber Soul” was the album in which they grew up musically and lyrically. As I already mentioned, this was a transitional album – they turned their back on the simple cheery love songs and focused on delivering a complete and original piece of art. The impact Bob Dylan had on their lives shows off on this album. The change was in the air – they were clearly stimulated by his poetry. The lyrics on “Rubber Soul” are abstract, mysterious, quite ambiguous, and even a bit weird. That is exactly why I love this album so much. The Beatles took that extra step and became even better musicians and songwriters than they were. It’s so impressive to see how their artistry reached new peaks. At the same time, however, “Rubber Soul” still had a little bit of that past naiveté here and there. I guess that’s why it appealed so much to me – it is not that heavy or pretentious as the ones to come; and not as cheesy and sweet as their early stuff. Many people say that “Rubber Soul” was the pot and “Revolver” was the acid and they are absolutely right.

– The songs: So many interesting things are going on in this record! Where do I even begin? “Norwegian Wood” – probably my favorite Beatles song. Highly experimental and innovative – no other rock band included an Eastern-Asian instrument in a composition before. The sitar makes the whole experience so special and atmospheric. The lyrics and Lennon’s vocals make it even more special… “I once had a girl…or should I say, she once had me…” ;
“Drive My Car” – uplifting and highly entertaining tune with memorable lyrics and compelling beats. “I told that girl I can start right away, And she said, Listen baby I got something to say. I got no car and it’s breaking my heart, But I’ve found a driver and that’s a start”.
I have a soft spot for Lennon, so “In My Life” and “Girl” are the other moments of the record that won me over. “What Goes On” is such a sweet surprise – Ringo kills it on lead vocals; it’s probably my favorite Ringo song of all time. Recently, I had the chance to listen to him perform this song live and I can’t even begin to describe how amazing it felt! “Think for Yourself” and “If I Needed Someone” with Harrison on lead vocals are superb. One more reason I really appreciate this record is because George was starting to wake up and little by little he got out of his shell and proved that Lennon and McCartney were not the only creative geniuses in the band when it comes to songwriting.

I have always been drawn to the magic of “Rubber Soul”. This mid-career record of the Beatles offers so many interesting concepts and ideas. I’ve always enjoyed observing and analyzing the evolving process of a band – when you understand that they are growing up and adopting new styles, new sounds, and new approaches. With “Rubber Soul”, thought the transition was quite obvious, it wasn’t that hard to swallow – Beatles didn’t sacrifice their mass appeal, despite sophisticated instrumentation, quality melodies and deep lyrics. I just love how they started searching for a new meaning in music and came up with this highly appealing record… Always (and forever) a pleasure to listen to it!

One thought on “Why is “RUBBER SOUL” My Favorite BEATLES Album”