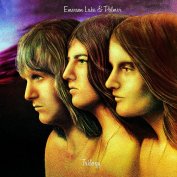 Keith Emerson – the keyboardist of the progressive rock supergroup Emerson, Lake & Palmer has died today at the age of 71. It’s only March, but 2016 already took the lives of so many notable and legendary figures of rock music – I don’t really know what to say, except feel sad about it and pay tribute to those artists who made such a huge difference…

Emerson, Lake and Palmer are probably the first progressive rock supergroup, formed back in the 70s. With their distinctive approach, sustainability, innovation and if I may say rather classical approach to rock music established them as a radio phenomenon and gained them a solid fanbase. Their enormous commercial success opened up the doors to numerous progressive rock bands, such as YES. Progressive rock was never easy to sell to mainstream audiences, however ELP were one of those exceptions as they found a way to gain the love of millions of fans. I don’t consider ELP as one of those progressive rock bands that have a clear cut rock vision or like to stay within the boundaries of safe rock. On the contrary, in comparison to other progressive rock bands, such as YES or Pink Floyd, ELP often choose to go with more classical music adaptations, in combination with jazz and symphonic rock elements. For instance, Keith Emerson was famous for excessive use of the Hammond organ and piano, in addition to the synthesizer.

As a result, their first few albums enjoyed a massive success during the 70s – apparently mixing classical elements with rock music was their recipe for fame. They simply proved that classically-trained musicians can also be rockstars and compete for the arena-scale audiences.

The success of the band is largely credited to Keith Emerson, who was not afraid or worried with what was happening in the industry or how will people respond to their progressive musicianship. “Keith was a gentle soul whose love for music and passion for his performance as a keyboard player will remain unmatched for many years to come. He was a pioneer and an innovator whose musical genius touched all of us in the worlds of rock, classical and jazz,” says Carl Palmer.

Needless to say, Keith was a keyboard virtuoso and a music genius to whom we owe a lot. As a tribute to him, I decided to dedicate a publication to the super trio and pick up 10 of their most famous and loved songs throughout the years. It’s unfortunate that we lost another great artist but he will always be remembered and respected for his music and contributions. Let us not remember such rock icons only when they leave this world – let’s cherish and appreciate their music throughout eternity …

P.S. I don’t own any audio or visual material used in this publication. All the credits and rights go to the owners and/or publishers.