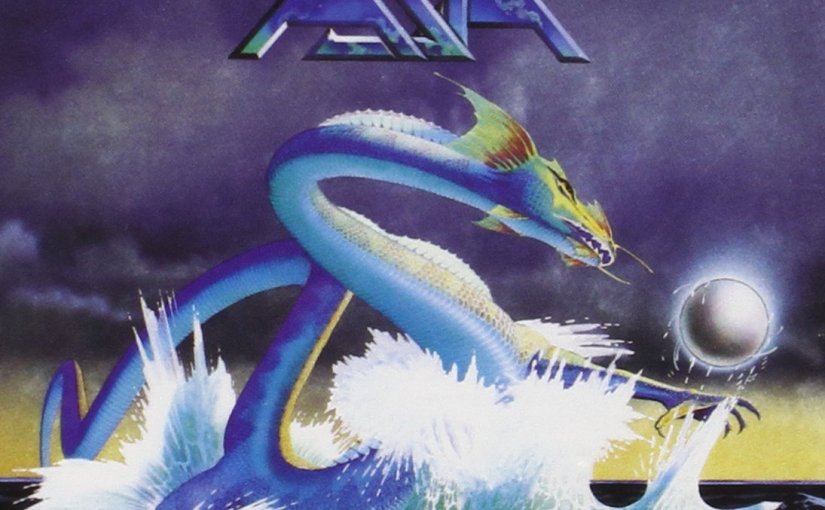 This monstrous debut record by the supergroup Asia was released back in 1982 and proved that there was indeed a reason why those immensely talented and versatile musicians from YES, ELP, King Crimson and The Buggles got together in the first place. “Asia” spawned one of the most distinctive rock tunes of the 80s – “Heat of the Moment” which became their ultimate signature song. That was not the end of it, though – the record is full of catchy hooks and fine melodies, perfectly designed to fit the demands of the commercial radio stations. If you are looking for some traces of YES or ELP on this album, you won’t find them. “Asia” doesn’t really impress with lengthy instrumentals or heavy lyrics but it does impress with its style and class. We cannot deny the excellent collaboration of Steve Howe‘s guitar Carl Palmer’s drums and Geoff Downes’ keyboards. Plus of course, John Wetton’s vocals which are the essence of the record! They created a much needed spark with this record and it’s quite sad that they couldn’t live up to this album in their following endeavors.

“Heat of the Moment” sets the tone for the record by definitely kicking things off with the biggest bang ever. It’s one of those songs that leave a lasting memory and definitely one of the most memorable and enjoyable classics from the 80s. “Only Time Will Tell” is one of the fines moments of the record as it demonstrates the perfect fusion between pop and rock. The track can’t but affect us with its harmonies and perfect little details, such as Palmer’s powerful drums and layered chorus. “Sole Survivor” is the absolute rocker from the record, combining excellent Hammond organ playing and a basic straight-up rock ‘n’ roll fashion. Some other fine moments from the record include the intriguing and quite fierce guitar intro of “Time Again” which definitely has the “wow” effect on listeners. The essential melancholic track comes in the form of “Without You”, which again demonstrates fine keyboard playing and smoky vocals.

Many people have rather conflicting opinions about this album; however I believe the above mentioned songs are good enough to make it up for the lack of substantiality that could be felt in the rest of the album. Overall, it’s a “modern-classic” record that brought together extraordinary people and spawned hit singles which we still love and listen to even today! Good job~

HEAT OF THE MOMENT

“ASIA” official Wikipedia webpage: https://en.wikipedia.org/wiki/Asia_%28Asia_album%29
P.S. I don’t own any audio or visual material used in this publication. All the rights and credits go to the owners and/publishers.
Cheers~