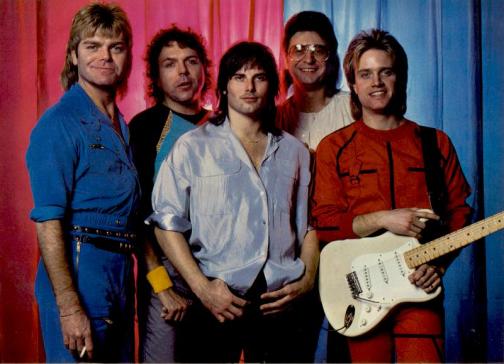 Today we are going to go through some of the greatest songs of Survivor – a band I admire, respect and love so much. I’m sure that the majority of rock music fans are well aware of Survivor and their rise to stardom and commercial success in the 80s. If not, then you must have heard “Eye of the Tiger” at least a thousand times as it’s probably their biggest hit and one of THE most significant and memorable tunes from that era. The fact that it was the theme song from Rocky III also helped a lot! Furthermore, just like any other rock band, Survivor also went through a few turbulent events, such as Dave Bickler’s vocal problems, Jimi Jamison’s departure and second return, legal issues, shaky reunions and of course, the tragic death of Jimi. Despite all these situations, however, they wrote and released so many beautiful and exceptional songs which deserve to be heard and appreciated. That’s why I decided to create this little playlist, consisting of 15 Survivor songs which to me personally best represent the band and their unique sound. I will try to gather up 15 outstanding songs from their music catalog, performed by both of their frontmen, despite being super biased towards Jimi who happens to be my favorite male vocalist of all time. His voice is made of gold and every time I hear him sing, I get chills down my spine – he’s just that good. I do hope you guys will remind yourselves of those classics or you might just hear some new tunes. Here we go…

Chicago – one of the most successful rock bands and one of the world’s bestselling groups of all time will finally be included in the rock ‘n’ roll hall of fame this year! I’m thrilled and more than excited to see them get on that stage and accept the well-deserved award and recognition.
Needless to say, Chicago is a very special band – from their debut album, released back in 1969, till their ultimate rise to stardom in the late 70s, this band has left us with nothing but some of the most finest and well-written compositions in history.
Chicago, originally called Chicago Transit Authority, will forever remain in our hearts as one of the first bands to present a mind-blowing and successful merge of jazz and rock music. They self-described themselves as “rock and roll band with horns”, however the idea of a jazz-rock band was most certainly not a new one – horns and rock had been merged many times before Chicago debuted. What was different this time though was that Chicago turned into a “fully functioning” rock and roll band that not only included a horn section in their work but became radio friendly and proved that they have a lot of potential to succeed in the industry. It was Chicago that basically brought the sound to the mass audience and got the big thumbs up!

Even though, their debut album – “Chicago Transit Authority”, was awarded a platinum disc, it was the band’s second self-titled release that brought them immense popularity and triumph. Chicago had many line-up changes, in addition to music-direction alterations, especially in the 80s. Actually, I am mostly fond of their 80s sound and the so called ballad-era, supervised by the infamous producer David Foster. Their new power-ballad style gave birth to numerous successful singles; however the new creative direction also created some frictions between the members of the band – which of course, led to the departure of Peter Cetera. Nevertheless, the band kept on releasing albums and making sure that their loyal fan base gets the best of what they got. Over the course of their career, they released five number one albums and 21 top ten singles. Not to mention that they are second only to the Beach Boys in terms of Billboard singles and albums chart success among all other American rock bands. Their consistency, brilliant song-writing and devoted attitude towards their fans are what kept the band alive in our hearts for so many years. Chicago are one of those classic rock groups which will forever remain a must on any rock radio. Their songs are just that good…

To demonstrate what I mean, I collect some of Chicago’s greatest songs throughout the years. I hope you guys might get reminded of a few great rock classics or if not – listen and appreciate something new (old) you haven’t had the chance to hear before. I selected 10 songs from their ENORMOUS catalogue (which believe me was harder than I thought) and prepared this little playlist to honor their greatness and appreciate their musicianship once more. I hope you guys like those songs as much as I do! Let’s have a listen…