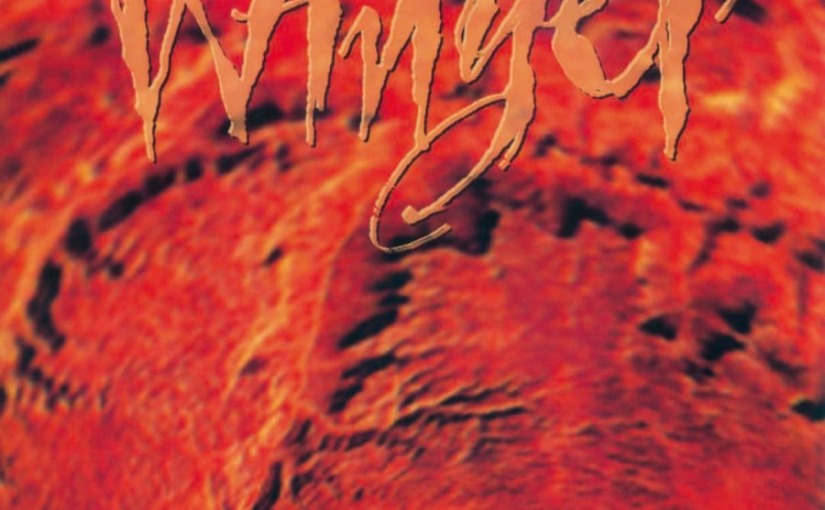 Let’s talk about irresistible tunes, shall we? Like, probably this one right here… A mesmerizing, early ’90s gem that many have forgotten, though it’s probably one of Winger’s greatest tracks of all time! Play it now for good old time’s sake – that’s the only way to do it justice!

“Down Incognito” is the second track of Winger’s third studio album, titled “Pull”. The ’80s were long gone and with them, part of the band’s signature glam rock vibes. The ’80s Winger sound was substituted by darker, harder and certainly more musically-challenging atmosphere. The little plot twist was appreciated by fans and many claim that this is Winger’s best release so far. The numbers weren’t as generous as the fans of the band and the album couldn’t match the success of the previous two but the times – they were changing so I suppose it was a natural outcome. Of course, the theme of this album was also a little bit different, more mature, focusing on social and political issues, even.

The greatest thing about this album is the signature guitar-driven Winger sound, accompanied by Kip’s one of a kind vocals. I swear I can listen to this guy sing all day long with that angelic rock & roll voice!

In addition to “Down Incognito” which is, hands down, my favorite track from the record, “Spell I’m Under” and “The Lucky One” are two other significant reasons why I am recommending or reminding everyone of this early ’90s hard rock gem of an album. “The Lucky One” has always been one my heart’s favorite ballads.

All in all, “Pull” presents a quite intriguing musical diversity which is one of the reasons why I wanted to feature it on my blog. There’s plenty of sass, heartbreak, high-level vocals, solid guitars and so much more! Winger evolved with this album so if you are a fan of their earlier work (nothing wrong with that I love the first releases with all my heart and soul) and don’t know much about the band after their first two albums, now might be the best time to check out their third release.

Tell me what you think about it and share your favorite song in the comment section below: