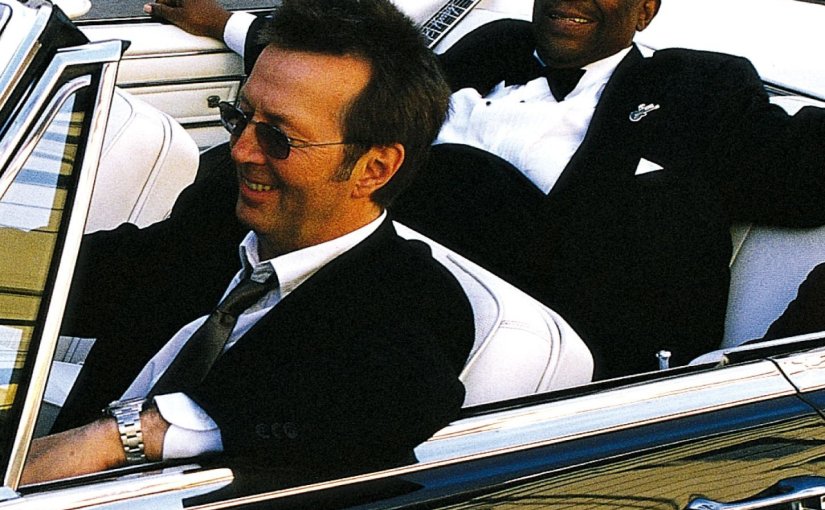 It’s no secret that I’m just as big of a blues fan as am I a glam rock one. In fact, my journey on the rock&roll appreciation lane started with the blues, naturally, and in particular with the musical love of my life – Mr. Eric Clapton. I can easily divide my musical adventures into two parts – before and after Clapton and before Clapton there was just so little. Now is the time to thank my parents who’ve been playing his songs at home since I was a little kid and lighted that blues candle inside my heart which eventually transformed into a big wild fire! I can talk about Clapton and his blues for ages because you can’t just have it any other way with him. A career that started in the early 60s, dozens of accomplishments, awards, albums, collaborations, pop culture influences and so on. Not just that but he’s still here, making music, concerts and giving his all, despite numerous health issues he’s facing due to his age. Clapton is pure class – a dying breed of musicians who just know how to sustain their genuineness and status by backing it up with quality and constant desire to make history!

I love early Clapton and everything he did with The Yardbirds, Cream, Blind Faith, etc. but late Clapton (1980s – ) has to be my favorite time of his career. “August”, “Money and Cigarettes”, “Journeyman”, “Pilgrim”, etc. – they all fall under the “my favorite works by Mr. Slowhand category”. Today, however, I want to specifically talk about one of the most respected collaborations in the recent history of blues music – Eric Clapton and B.B. King; a friendship that resulted in one of the best modern-day blues records – “Riding with the King”; a strong musical bond that gave birth to an album, without which I cannot imagine my life. Many aspects of “Riding with the King” have turned this album into one of the Top 5 albums I always recommend to people who just want to get a taste of the blues. I will briefly mention where my adoration is coming from and will let you decide whether I’m right or wrong (even though we all know I am totally right). Let’s get on that ride now!!!

Eric Clapton, B.B. King – do I have to say more? When your name is as heavy as the Earth itself, you don’t need justification or any other form of additional explanation to why exactly your music must be heard and appreciated. Both Clapton and B.B. King are pure synonyms of the blues and have certainly been through a lot to establish themselves as such. I don’t think you need me to tell you the environment under which artists like B.B. King had to grow up and what they had to fight and overcome to secure the future of blues music and eventually rock&roll. It’s because of the sweat and tears of those great African-American bluesmen that the world managed to experience not just musical but cultural revolution and learn how to celebrate people of every color and music of every genre, basically. “The king of Blues” is certainly known for many things, but he will always be remembered for living life on the stage. It’s that immense dedication to the public that drove him to perform till his very last breath and forever be refered to as one of the kings of the blues guitar.

Eric Clapton rose to stardom after his early days in the Yardbirds. He quickly proved that he wasn’t just your regular white English boy, trying to play the blues. He had the talent, the vision, the heart… It’s been an ongoing, never-stopping career full of ups and downs, personal struggles, self-discovery and tons of other life challenges, all of which Clapton faced with a guitar hanging on his neck. You don’t need me to tell you why he’s a legend and why he’s everyone’s favorite guitar hero. “Clapton is God” many say, and you have a 50-year-old career to investigate if you don’t agree.

Clapton met B.B. King in the late ‘60s and ever since, it’s been a dream of him to record with one of his all-time idols. It wasn’t until the late ‘90s when the two of them finally made some serious musical magic together for B.B. King’s duets album, “Deuces Wild”. After the foundations of the friendship were strengthened it was a matter of time before those two make something precious out of it. After all, you rarely have so much potential in one place.
3 years later, “Riding with the King” finally materialized and everyone was more than happy with the results. Clapton put everything into his album – from picking the song to co-producing the album, “Riding with the King” turned into a very important turning point for the career of then 55-year-old Clapton. The best thing is that he perfectly knew who’s he recording with and didn’t even for a second try to outstage him or become the center of it all. You can quickly notice that B.B. King is leading on the majority of songs as Clapton is taking the backseat. That my friend is called respect and is one of my favorite aspects of this album.

The Songs & the Sound

12 gorgeous manifestations of blues music have been put together for “Riding with the King”. Among them we can find classic B.B. King songs from the 50s and the 60s, as well as other vintage blues covers and interpretations. The title song, which easily could be referred to as the highlight of the album, is written by John Hiatt for his sixth album (1983) and surprise – it’s about the king of Rock&Roll, Elvis Presley! For BB and Clapton’s album, Hiatt had to redo the lyrics a little bit to fit the new production and style and of course – for the King of Blues. The result was phenomenal. The cover is certainly a refreshing twist on the song and definitely the better version (at least in my own humble opinion). Who says blues is boring? “Riding with the King” has to be one of the most empowering, uplifting and day-improving tunes of the genre. I can always count on this song to help me go through the day and kick me with that much needed thrill.

Another extremely refreshing moment is “Marry You”, which is not often mentioned by fans and critics when it comes to this album, yet I strongly support its relevance and immense contribution to turning this project into the perfect modern-day blues record. “Three O’Clock Blues” is one of BB’s specialties and a kind reminder of why this whole collaboration was indeed a great idea put together at a great time. Same goes for “Ten Long Years” which every self-respected blues fan gotta know. The new production and Clapton’s involvement (though supportive, rather than equal) is bringing so much color to those blues staples that at one point I just forgot those songs existed before this album. “I Wanna Be” is a splendid introduction song to a youngster, transitioning from melodic rock to the blues.

“Riding with the King” was released in 2000 and I think the time period was very crucial to the sound and thus the influence of the album. I think they couldn’t have picked a better day to make such statement. The “father/son” collaboration mixed together all the ingredients needed to please the old-school bluesmen and the newer generation of fans who at that time, given the bands which dominated the charts, probably thought they would never listen to blues music. The most attractive part of “Riding with the King” and the reason why it’s one of my favorite blues records of all time is not just the fact that it’s full of atmospheric, well-balanced compositions and not just because it’s a collaborative effort of legends like Eric Clapton and B.B. King. It’s one of my most beloved and respected works because it’s a contemporary blues record, keeping that old spirit alive and the ideal “generation-doesn’t-matter” album. I was 8 years old when the album came out and it’s been with me ever since. I’m glad I had the chance to witness its release and blossoming into what is known by fans today. Thank you B.B. King (RIP) and Clapton for keeping the blues alive.

“Riding with the King”

3 thoughts on “Why is B.B. King and Eric Clapton’s “Riding with the King” One of My Favorite Blues Albums?”