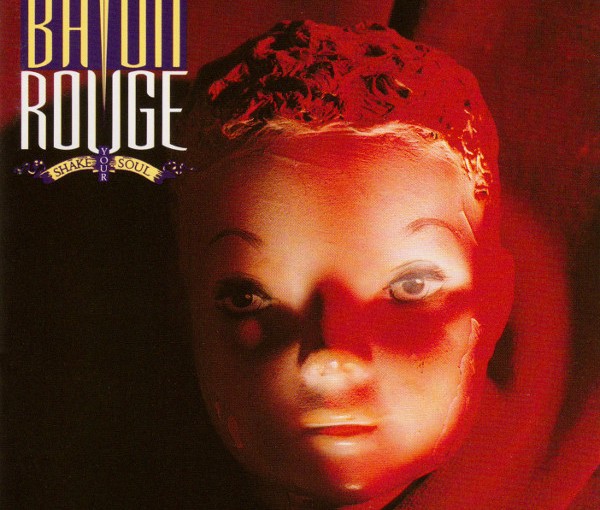 I’ve been obsessed with this album ever since I heard “Baby’s So Cool” a few months ago and I just cannot wait to introduce it to people who have no idea of this treasure right here. After familiarizing myself with what feels like a million and one late’80s/early-90s hard rock bands, sharing tons of similarities in image and sound, digging up an album that will make me say “Hold on a damn minute, there’s something here!!” became a formidable task. However, every now and then a band with a release like this one comes in and transforms my music library into an even more colorful and electrifying experience.

I will just leave this here before I move on…

A few things you gotta know about the band and this album before I let the music speak for itself!

Baton Rouge formed in Louisiana (hence the name) but just like any other rock band with big dreams, moved to Las Angeles in the late-80s, looking for that desired big break. They did manage to hop in the last hard rock train before the grunge scene totally occupied the industry and released a smashing debut album, titled “Shake Your Soul” (via Atlantic Records.)

The story is well-known – the spark faded away and during those transitional periods in music industry, only the toughest and more experienced artists managed to survive. Baton Rouge weren’t exactly one of those. Two albums and a long-overdue junior (demo) album were the products of their career. I must say, I have yet to befriend the sophomore album but the debut – “Shake Your Soul” blew me away so I have high hopes.

One of the most interesting things surrounding Baton Rouge is that all of its members spread their wings and went on to collaborate with some of the biggest names in the industry, including John Norum, John Sykes, Dokken, etc. or formed their own bands. For example, the impeccable vocals of Kelly Keeling brought richness to the Trans-Siberian Orchestra and guitarist Lance Bulen was being a very busy man, forming one band after another with members of XYZ, White Lion and many others.

Let’s go back to the debut album (sorry about that I just get so much into the background stories of the rock bands. The songs I want you to definitely check out (in addition the that first one I knocked your socks with at the beginning of this publication) are “Doctor”, “Walks Like a Woman” and of course the POWER BALLADS “It’s About Time” and “There Was A Time (The Storm)”. If those songs don’t conquer you, don’t talk to me at all! That’s not the end of it though. “Shake Your Soul” is an excellent selection of underrated gems and when I say underrated I don’t mean  XYZ or Hardline level of underrated – I mean one level below that!!! Absolutely unforgivable!! “Big Trouble” and “Young Hearts” are as ear-pleasing as you can imagine.

Don’t get me wrong – this is not an innovative, out-of-this-world piece of music. But it’s refreshing, different and it just STANDS OUT!! Your choice to believe me or not.

Last but not least, I want to bow down to vocalist Kelly Keeling for capturing my heart and filling it with so many emotions! You just don’t get to listen to a vocalist like that every day.