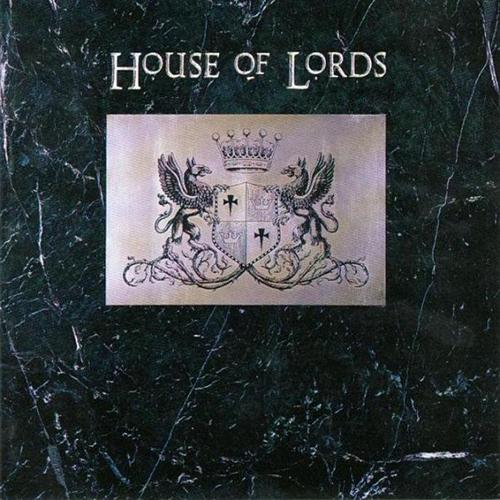 Who are House of Lords?

Before we get to House of Lords and their 1988 debut, we have to go back further in time and talk about another glam rock band that rose to stardom in 1984 with the famous single, “Call to Your Heart”. Named after keyboardist Gregg Giuffria, previously a member of the hard rock act Angel, Guiffria quickly turned into way more than a side matter. Right from the very beginning, the band made a solid presence on the charts and on the major AOR radio stations. Their first two albums were quite promising but unfortunately the third album brought the end of Giuffria.

Luckily, another beautiful project rose from the ashes of a band with so much potential, gone so soon. Mr. Everything, a.k.a. Gregg Giuffria, quickly gathered what was left of the recorded demos, assembled his next winning team and formed House of Lords in 1987.

Original Giuffria vocalist David Glen Eisley (who by the way vocally reminds me so much of Steve Perry) was replaced with James Christian. I’m not sure whether that was the right move (not that James isn’t talented but David was truly remarkable in my opinion) but ultimately, it was James who became the face of the new band that even got a brand new name – House of Lords. The deal with Simmons records (the record label of Gene Simmons of KISS) was loud and clear – “you come to us, but you have to change your name and you gotta fire David Glen Eisley!” Ex-Guiffria and Quiet Riot bassist Chuck Wright, guitarist Lanny Cordola and drummer Ken Mary were the final pieces of the puzzle. In the fall of 1988, House of Lords’ debut eponymous release finally became a reality. 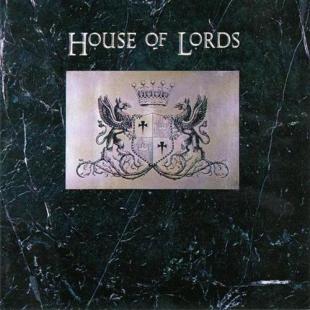 The late ‘80s were the heydays of glam metal and every band out there was trying to make it big on that highly profitable music market. The hardest thing to do wasn’t to gather a couple of musicians and record a glam rock album but rather to achieve some sort of recognition and stand out from the thousands of bands who came to fight with all they got, just like you. (To be perfectly honest, the hardest thing was to find stability and consistent fan-base but realistically, young bands couldn’t ask for that much now could they?)

Overall the debut album, “House of Lords” was a moderate success – the type of success that many bands enjoyed, despite longing for that durable recognition I was talking about. A Top 80 chart position (on Billboard 200), a couple of good singles and music videos to support the promotion of the album – what more could you ask for? The true uniqueness of the album, however, lies in the number of great musicians that were behind many of the songs on the album. Stan Bush, Giuffria’s previous vocalist David Glen Eisley, Armand “Mandy” Meyer (Asia, Cobra) and songwriter Johnny Warman deserve a mention for their songwriting input. Rick Nielsen of the famous rock band Cheap Trick co-wrote the song “Slip of the Tongue” and vocalist Jeff Scott Soto (Yngwie Malmsteen) helped with the backing vocals on the entire “House of Lords” album. The presence of so much brilliant musicians should’ve turned the album into a huge sensation! Instead, it was forgotten as quickly as it was assembled.

The catchy “I Wanna Be Loved” and the power ballad “Love Don’t Lie” are the two most famous tracks, coming out of “House of Lords” (a lot of love on that album!). Since I’m a power ballad person, I would most certainly vote for “Love Don’t Lie” if we have to choose the finest moment of the album. A superb cover of Stan Bush’s softer, way gentler version of this song, “Love Don’t Lie” might as well be referred to as one of the best rock ballads of the year and as a whole. The vocal performance is absolutely stunning and don’t you even get me started on those mesmerizing guitars. “Slip of the Tongue” – now that’s a song you must check out – it’s a highly energizing hard rock tune and the point where you realize that this album has little to do with Giuffria’s original, way friendlier sound. “Call My Name” and “Hearts of the World” are just a couple of the other impressive songs, which I’m sure sounded even better played live.

Overall, as I said, “House of Lords” is just one of all the great hard rock albums that came out during that time.  There are no bad songs on this album – only good, heavy-rocking ones that surely deserve your attention. Gregg Giuffria is truly a legend! If you liked what you heard on “House of Lords”, make sure you go ahead with their 1990 sophomore release, “Sahara”!

“I Wanna Be Loved”

“Slip of the Tongue”

References:
“House of Lords” Official Wikipedia Page: https://en.wikipedia.org/wiki/House_of_Lords_(band)
P.S. I don’t own any audio or visual material used in this publication. All the rights and credits go to the owners and/publishers.
The publication expresses my personal opinion and in no way is trying to make a generalized statement. Please be kind and considerate when you read and/or comment.
Cheers~