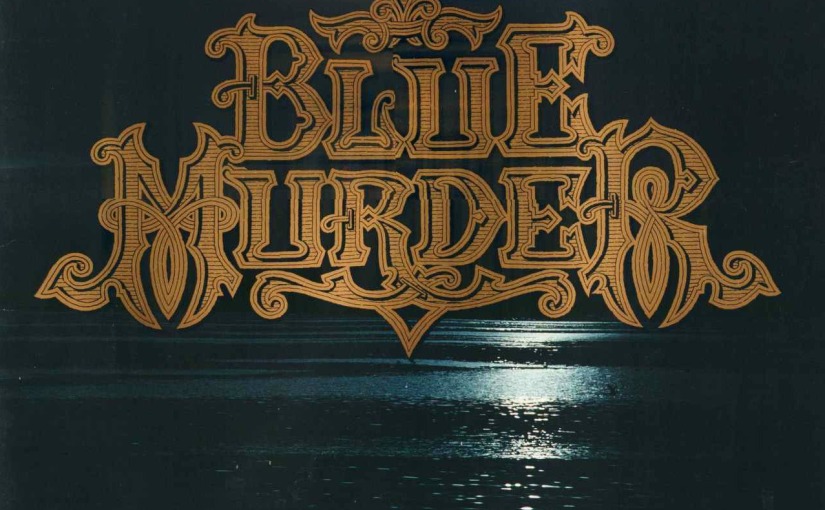 It was only right to send off a decade full of splendid solid gold rock music with a bang. So many fascinating things happened during the last year of the ‘80s and Blue Murder’s debut album was definitely one of the musical highlights (at least to me). After all, what else can you expect from master guitarist and songwriter John Sykes if not the best?

One of my favorite things to discuss when it comes to old-school rock is the huge pile of underrated artists and bands that deserved way more than they actually got. I often talk about Blue Murder and John Sykes because the band and the album should’ve taken over the world. Unfortunately, for one reason or another, they didn’t.

John Sykes proved that he is a worthy monster guitarist as a member of household names such as Tygers of Pan Tang and Thin Lizzy. What followed next was a career-defining move which secured him a pretty solid position on the popular hard rock movement during the second half of the ‘80s. David Coverdale took John Sykes in after the release of Slide It In in 1984. After a couple of recording sessions and a successful tour in support of the album, John Sykes was already in line for “the next best guitarist in town” crown. Whitesnake kept momentum with what is often considered as one of the most 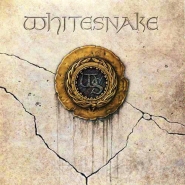 enormous hard rock records of all time. Yes, of course I’m talking about that influential 1987 album that spawned timeless hit singles like “Here I go again”, “Still of the Night” and “Is This Love”, known by every single soul on this universe. If you thought that these monstrous songs were crafted all by David Coverdale himself, you are greatly mistaken. John Sykes co-wrote the majority of tracks, recorded the killer guitars and even did some back up vocal work here and there. Unfortunately, sometimes partnerships in life don’t last as much as we want them to. Personalities often clash and this is exactly what happened in the case of John vs. David. I won’t be getting into details because that’s not the main focus of this publication. All in all, they both went their separate ways, even though the magic they did sold over 8 million copies in the USA alone.

It was time to move on and most importantly, entirely devote to making great music once again. Geffen Records also lend a helping hand, singing Sykes to a new great deal. You can’t just let go of someone so immensely talented, right? He quickly recruited Vanilla Fudge drummer Carmine Appice and The Firm bassist Tony Franklin and the line-up was all set and done, ready to make the next big album! That’s how Blue Murder was formed in 1988.

In April, 1989, Blue Murder’s self-titled debut album was released to the public. It’s a pity that the record couldn’t generate a big fuss, however the brilliant guitar work showcased on this album did influence generations of musicians, making it important on a whole different level. “Blue Murder” possessed all the right ingredients to become the biggest release of 1989, including out-of-this-world guitar solos, intriguing song themes and spellbinding hard rock melodies. Of course, most of the tunes were written by John Sykes himself, however the team spirit and great collaboration between the members of the supergroup is quite obvious. Under the skillful leadership of John Sykes, each could bring something great to the table. Moreover, Blue Murder recruited legendary producer Bob Rock who worked with Kingdome Come, Bon Jovi, Metallica, Bryan Adams, Motley Crue and many other big industry names. The 1989 debut album turned into one of the highlights of the huge pile of profitable melodic, yet ferocious hard rock releases he produced.

The albums that are hard to explain with words are usually the ones that are that good. The powerful magical guitar world opens up with the earth-shattering, throat-grabbing “Riot” which in my book is one of the best opening tracks of all time. Other songs of similar nature include “Blue Murder” and “Black-Hearted Woman” which deserve nothing but to be played as loud as possible. Heavy guitar riffing, killer rhythm sections and hypnotizing vocal delivery are just some of the reasons why your socks might get knocked off just after the first time you play them. The epic 8-minute “Valley of the Kings” is my personal favorite and arguably the greatest moment on the record. From the enchanting intro, followed by John’s mighty screams, to the ecstatic lengthy guitar solos, “Valley of the Kings” is one of those songs you can play for days. The power ballad “Out of Love” is as breath-taking as any other power ballad that hit the big numbers in 1989 but unfortunately couldn’t make a splash. Never understood why so few people actually appreciate and remember this passionate heart-breaking tune when in fact is one of the best among all power ballads of the decade. “Jelly Roll” is an interesting song, brightened with a little blues feel that makes all the difference in the world.

Every track on “Blue Murder” is infectiously good! The album captures hearts with  impeccable musicianship and satisfying variety, ranging from electrifying hard rock, to stunning blues-influenced rhythms. Valuable and well-crafted albums like this one are hard to spot so in case you are one of the many people out there who still haven’t discovered the greatness of “Blue Murder”, now is the time to do it!

John Sykes is a genius and a guitar virtuoso and he deserves nothing but respect and adoration! Enjoy the songs!

Valley of the Kings