Excluding the dozens of hard rock acts that came out of the United Kingdom, Europe surely had a lot more to offer during the rocking days of the ‘80s. Norway was just one of the other countries on the continent that squeezed out a pretty decent hard rock band that is actually still alive and kicking. Yes, I’m talking about TNT! The non-stopping lineup changes didn’t really prevent the band from releasing twelve studio albums and a couple of really impressive live ones as well. Ever since their promising debut back in 1982, TNT kept things intriguing, especially with their early releases. The first four albums (1982-1989) represent the best stage of their career as they brought nothing but fame and recognition to their name. Moreover, those four releases are all packed up with some incredible hard rock staples which deserved way more love than they actually got back in the day. TNT are in my opinion one of the strongest acts that came out of Europe during the heydays of rock. Can you really imagine a world without AOR treasures like “10,000 Lovers (In One)” or “Tonight I’m Falling”? Because I surely can’t! Let’s listen to some awesome classics by TNT! Hope you guys will enjoy my little playlist, dedicated to TNT’s ‘80s hard rock albums! 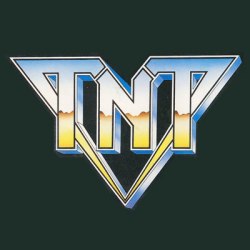 I’m kicking things off with the opening track of TNT’s self-titled, 1982 album. The catchy, highly enjoyable rhythmic tune was written by lead vocalist Dag Ingebrigsten and composer Gustav Alfheim. Their first album remained the only one to feature songs with Norwegian lyrics and “Harley Davison” wasn’t an exception. At first, the song was available in Norwegian only and was sung by original member and lead vocalist Dag Ingebrigsten. However, later on, the guys re-recorded the track in English (Thank Thor) many times, with different vocalists and on different albums. Tony Harnell and Tony Mills both did a version of “Harley Davison” in English. Drummer and co-founder of TNT, Morten “Diesel” Dahl also featured this tune on his 1997 release, titled “Recycled”. This time, it was Frode Henriksen on lead vocals. There is also a version with vocalist Jorn Lande! All in all, this turned out to be one of THE songs of their career. Nothing surprising there – the catchy, uplifting tune is able to captivate the hearts of everyone! Not to mention that it’s the perfect song to crank up while you are driving alone on those long and lonely roads and feel like the king of the world. 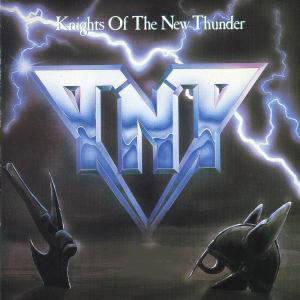 Similarly to “Harley Davison”, the story of TNT’s “Eddie” also begins from their self-titled debut album. A Norwegian tune, written by lead vocalist Dag Ingebrigsten and composer Gustav Alfheim was simply too limiting to the international audiences, if I may say. Thankfully, the beautiful song was re-recorded for their second album – “Knights of the New Thunder” (1984) with new vocalist Tony Harnell as a bonus track. Little by little the Norwegian tunes started to re-appear in English, which of course was the right thing to do. “Eddie” is a breathtaking ballad which I still believe got overlooked. In my opinion it is one of the best songs that came out in 1984 (talking about the English version, of course). The most fascinating aspect of the rocker is the powerful guitar solos, which can easily send you to another dimension.

Another important song for TNT’s (early) career was the anthem “U.S.A” which once again has two versions – one in Norwegian (with Dag Ingebrigsten on vocals) from their 1982 debut album and one in English (with Tony Harnell on vocals), released from their sophomore album in 1984. There is a difference in the lyrics; however, as Tony re-wrote the song before it was officially included in “Knights of the New Thunder”. “U.S.A” impresses with its memorable chants and energizing guitar riffs. It’s a great experience, believe me.

The opening track of “Knights of the New Thunder” is this beautiful Viking metal/glam rock extravaganza which I still consider one of the highlights of their career. That sophomore album spawned incredible rockers and this one tops them all, if we gotta be honest with ourselves. Tony is a superb vocalist and I gotta say he was certainly the perfect fit for TNT. “Seven Seas” was credited to the entire band and that’s why it’s so special. Moreover, it’s a worthy opening track that captivates you right from the beginning. I am personally enjoying every second of this melodic treasure and I can’t recommend it enough.

Time to travel back to 1987 when TNT released their junior album, titled “Tell No Tales”. I have to admit, it’s a recent discovery of mine but it took me exactly one listen from start to finish to fall in love with it! So many magical things are happening on this release and “10,000 Lovers (In One)” has to be one of them – 100% pure Norwegian heavy metal with a little bit of that European flavor that always makes things so interesting. The song is just a solid opening to an excellent ‘80s heavy metal/glam rock album. Fantastic guitars (courtesy of Ronni Le Tekrø), solid melodic hooks and outstanding vocal performance by Tony Harnell – just listen and you will see for yourself! There truly was a reason why this song conquered the American audiences and even won a Norwegian Grammy!

“Everyone’s A Star” is yet another brilliant moment on “Tell No Tales”. I’ve always been amazed by the vocal range of singer Tony Harnell and this song is just another mindblowing example of how great he is! The iconic MV received a heavy rotation on MTV back in the day too! “Everyone’s A Star” is a great song for when you feel down and you need that extra push. I just love songs that make you feel special and brighten up your mood!

As Far as the Eye Can See

My third pick from “Tell No Tales” is “As Far As The Eye Can See”. Written by lead vocalist Tony Harnell and lead guitarist Ronni Le Tekrø, it’s yet again a worthy example of how great TNT were back in the day. There’s just so much heart and passion in their music! Not to mention Ronni’s demolishing guitar sounds this should’ve given him a seat among the best guitarists of all time.

We arrived at our final destination – “Intuition” (1989) which has to be my favorite TNT album! Yes, we could easily point it out as their most commercial-sounding album but then again, what’s wrong with that? As long as you do things with love and devotion and you obviously have tons of talent, things will turn out great!
The title track of “Intuition” would be a reason enough to understand what am I talking about. Gorgeous hard rock melodies, spirited guitars, Tony killing it yet again (that man’s an alien I just know it) and tons of good mood! The song is everything you’ll ever need in case you are feeling down! Enjoy!

Caught Between the Tigers

Let’s move on to “Caught Between the Tigers” which impresses with its funky, energetic hard rock sound. You listen to songs like this one and you can’t but wonder why the hell weren’t those guys way bigger back in the day? Why in the name of Thor weren’t Tony Harnell or Ronni Le Tekrø right alongside the biggest names of rock music? Frustrations aside, both this tune and the album are perfect!

I saved the best for last. “Tonight I’m Falling” is the absolute crown jewel of TNT’s “Intuition” (arguably of their career too) and maybe it’s just me but the song has one of those indescribable auras that bring nothing but happiness and joy to your life. Where do I even begin? The first time I heard it, it was like a door to a new world opened in front of me. The lyrics, the melody, the vocal delivery, the guitars…they all compose this endless river of emotions you just gotta experience. My heart starts beating faster every time I hear the haunting intro. Thank you, TNT for this song and thank you Tony Harnell and Ronni Le Tekrø for writing it.