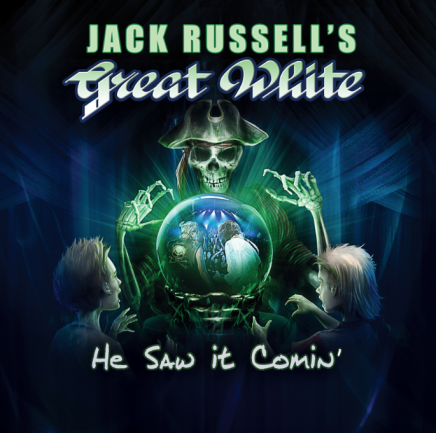 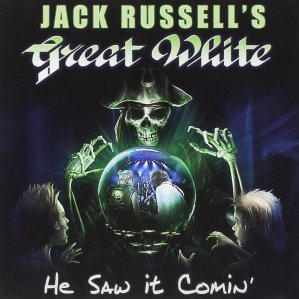 Coming out of the streets of LA, hard rock band Great White rose to stardom in the late 1980s with a series of hits and MTV staples, such as the infamous “Once Bitten, Twice Shy” and “Rock Me”. The band kept on going strong during the ‘90s as well, releasing five studio albums and touring the US several times, headlining shows and teaming up with other big industry names, such as Ratt and Poison. After the disbandment of Great White, Jack Russell – the lead singer and an original member of the band took matters into his own hands. Armed with new-found emotional and physical strength, gained after a series of tragedies, it was time for Jack to gaze into the future and do what he does best which is of course, performing and writing music. Jack Russell’s Great White rose from the ashes of a long-forgotten past and progressed into a modern hard rock tornado, worthy of appreciation.

On the 27th of January, singer Jack Russell, together with former bandmate and friend Tony Montana on guitar and keyboards, Robby Lochner (Fight) on guitar, Dan McNay (Montrose) on bass  and Dicki Fliszar (Bruce Dickinson) on drums released their official full-length debut album, titled “He Saw it Comin'” (originally titled “The Gauntlet”) via Frontiers Music Srl. It was a busy month for the label but they did manage to kick 2017 off with some outstanding releases, one of which most certainly is “He Saw it Comin’”.

“It’s a powerful band,” Russell proclaims. “The music comes across very dynamically. It’s what I always wanted it to be. Tony was a catalyst for moving forward. I was never as close to him as I am now. We never had the opportunity to write music together before. I also never knew he played guitar. When I first heard him, I nearly fell of my chair. He’s my copilot. He’s one of my best friends. I wish we would’ve been this close back in the day.”

“It’s natural for all of us,” adds Montana. “There’s a solid chemistry, and we’re having a lot of fun.”

“He Saw It Comin’” features 11 tracks, all capturing a satisfying blend between authentic hard rock sound and edgier, more opportunistic musical elements. The new album represents Jack Russell’s vision of a beloved old-school hard rock band, still blowing people’s minds away in 2017! “He Saw It Comin’” is suitable for the devoted fans and a great way for the younger audiences to experience that genuine rock&roll vibe. Jack Russell’s vocal delivery is at his finest. Just listen to the bluesy, laid-back rocker “Love Don’t Live Here” and you will see for yourself. “Sign of the Times” and “Blame it on the Night” are just a few of the future live staples and radio-hits we can find on the album.  “Anything for You” is a worthy, well-written ballad, bringing us back to the classic Great White days. “She Moves Me” is a total surprise – the guys are stepping out of their comfort zone and delivering an exciting, very sexy if I may say tune, suitable for any midnight affair. ”Crazy” is my personal favorite and I gotta thank the spellbinding guitar riffs for that.

Jack Russell did a splendid job with this one. He sounds confident and purposeful. “He Saw It Comin’” combines the best of both worlds – a little bit of that well-liked Great White spirit and a new, more intriguing approach to musicianship. Moreover, he still sounds as good as ever which in itself is an accomplishment enough. Guitars, melodies, lyrics – they all reflect the great chemistry between the members. When your heart is in the right place, the results can’t but lead to a massive success.
Now go listen and enjoy “He Saw It Comin’”!

Blame It On The Night