Welcome to the ‘80s – the hair was too big, the fashion was outrageous but the music was GREAT!

Inspired by ‘70s British glam rock artists, such as David Bowie, T.Rex and Roxy Music, glam/pop metal became the biggest monster genre trend on the music scene in the States throughout the ‘80s. Kicking things off with bands such as Cheap Trick, Kiss, Van Halen and of course Alice Cooper and evolving into rock acts, like Cinderella, Ratt, Warrant, Dokken and so many others, the glam/pop metal domination was simply out of control. Not that this was a bad thing – on the contrary. The ‘80s gave birth to some of the most talented and exceptional musicians of all time. The looks played a huge role, I can’t argue with that. However, once you go beyond the heavy make-up and tight spandex pants, all you are left with is awesome music, crashing guitar riffs and catchy melodic hooks that bring you nothing but fun, excitement and tons of feelings and emotions of all kinds. Looks and music aside, places once again were significant for the popularization of a specific musical culture. The LA music scene and in particular that sinful Sunset Strip where all the rock bars and nightclubs were located, turned into the mecca of the entertainment industry. Basically, that “little” 2.4km stretch of Sunset Boulevard became the hottest place to be!

Back to the music talks, the glam rock frenzy was probably the best thing that could’ve happened in the ‘80s, at least to me. I can’t really imagine my life without representatives of the genre, such as Cinderella, Danger Danger and Dokken, for instance. These bands and their electrifying rockers, stunning power-ballads, tough attitude and weird, but still appealing music videos will always play such an important part of my life. Unfortunately, it all came to an end when grunge acts started appearing one after another. Don’t know what you got, till it’s gone, right?

Since I was in the mood for some serious hair metal power, I prepared this little playlist of 10 songs by famous (or not so famous) bands, which I have always considered as the best among all glam rockers of the ‘80s. Some of them are even among my most beloved bands of all time (like Cinderella, for instance). I have gathered tunes that I believe are the perfect example of the glam rock wave that flooded the music scene in the USA, especially in the second half of the ’80s. If you are a dedicated fan, you most certainly know them. If you are making your first steps towards the genre, this is a good place to start. [My Rock Mixtapes] gives you ’80s GLAM ROCK through the Music of 10 Great Bands. 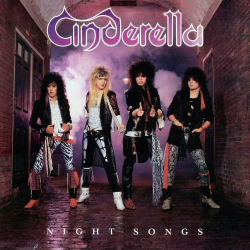 In 1986, one of the most distinguishable and talented hard rock bands debuted with an album that put to shame even the rock veterans. Vocalist and lead songwriter Tom Keifer is one of the reasons why this world is such a great place! “Shake Me” was their debut single and I thought that it’s a very good place to start our glam rock discussion and playlist. The MV is iconic and the song that accompanies it is just brilliant! Tom is a killer, one-of-a-kind vocalist and “Shake Me” is a great uplifting and energizing tune that begs you to crank it up!

New York’s White Lion, led by Danish singer Mike Trampand and guitarist Vito Bratta debuted in 1983 but it was their sophomore album, titled “Pride” (1987) that drove them to stardom. I’ve always considered White Lion, along with Cinderella, as two of the most talented and worthy examples of glam rock bands. That sophomore album by White Lion is filled with outstanding rockers, including classics like “Wait” and “Tell Me”. This time, though, the focus would entirely be on the beautiful mellow rocker, “When the Children Cry”. This song proved (and still keeps on proving) my point – glam rock bands created some really meaningful and timeless compositions and it most definitely wasn’t all about the looks and the ladies! 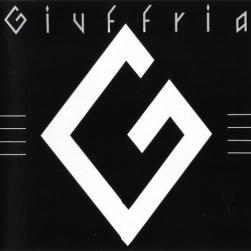 Giuffria (led by keyboardist Gregg Giuffria) debuted with a splendid self-titled album in 1984. Armed with breathtaking songs, like “Do Me Right”, “Don’t Tear Me Down” and of course “Call to The Heart”, no wonder the impact of that album was so colossal. “Call to the Heart” is I believe the greatest song of their career (not to mention a personal favorite). Vocalist David Glen Eisley should’ve been bigger. His voice strikes quite the resemblance with Steve Perry, actually. Anyhow, I stand by what I said – this album and this tune are amazing and should NOT be forgotten!

Although it’s a cover version of a popular song by Ian Hunter, I decided to include “Once Bitten, Twice Shy” by Great White because I think it’s much better (and more influential) than the original. On top of it all, it’s the song that defined Great White’s career like no other, reaching top 10 positions in both UK and the States. “…Twice Shy” (1989) was the crown jewel of Great White’s career, I believe. This song, along with classics like “The Angel Song” and “House of Broken Love”, also featuring on their fourth studio album, are absolute staples of the pop rock / glam metal musical phenomenon in the late ‘80s.

Power ballads were a must for any hard rock band. No power ballad = no chance of getting signed to a label or releasing an album. Those were the rules of the game and Warrant just knew how to win it. “Heaven” was the second single from their 1989 debut album, “Dirty Rotten Filthy Stinking Rich”. It didn’t take that long for the track to became a sensation and turn into the band’s most commercially successful song of their career. The fans, the radio stations, the critics – everyone loved it and there’s a reason why, believe me. Jani Lane brought so much passion and beauty into a world full of songs about partying hard and drinking all day and all night. It’s definitely Warrant’s best song one of the best power ballads of the ‘80s. 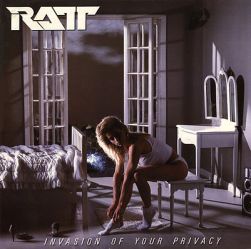 I can’t talk about glam rock and not mention Ratt! Their sophomore album, titled “Invasion of Your Privacy” (1985) is a premium example of an album, following the musical trend and one of the best of its kind, as a matter of fact. Classics like “What You Give Is What You Get” and “Lay It Down” could be heard on that second release of theirs. For this playlist, however, I chose their second single “You’re in Love” because I love the strong vibe that comes out of this tune. One listen and you’re absolutely hooked. Moreover, I wanted to illustrate the various themes and topics, as well as types of songs glam rock bands were producing back in the day. Vocalist Stephen Pearcy is bringing so much to the table on this one. The MV is groundbreaking! 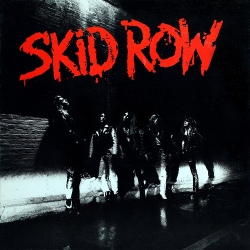 Moving on to Skid Row, I think this song right here is where all discussions about the band should begin. Don’t get me wrong, they have so many songs that deserve recognition (and got way more of it compared to this one), but I think if we have to choose just one, it has to be “18 & Life”. Released as a single from their debut self-titled album, the rocker quickly turned into Skid Row’s biggest hit and ultimately a turning point in their career. I am a huge fan of Sebastian Bach and I even though this tune wasn’t written by him, it’s his vocal performance that made me fall inlove with this band in the first place. 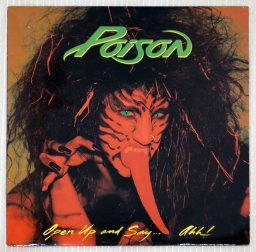 If for a moment there we don’t look at that bizarre and ridiculous album artwork, we can actually find some excellent glam rock gems inside the album. The first single from “Open Up and Say… Ahh!” (1988) carries the laid-back title “Nothin’ but a Good Time”. I chose this song, because it sums it up quite well: the ‘80s, the glam metal, the music, the bands – it was all about having nothing but a really good time. It’s a fun tune, capturing the essence of the genre – both lyrically and musically. Vocalist Bret Michaels is doing some pretty decent job too!

“Tooth and Nail” (1984) is an absolute masterpiece and one of my most beloved albums of all time. The strength and musical brilliance of the album were born out of the hardships Dokken had to go through before releasing it. It was a tough time to be a glam rock artist in the late 80s – a period dominated by the early grunge movement. Despite all, the album materialized and thank God it did otherwise we wouldn’t have songs like “Into the Fire”. I am highly biased but that doesn’t mean I’m wrong. The album and the song are perfect!

We had a good time, we listened to some gorgeous power ballads and lyrically-rich tunes but now it’s time to wrap things up on a less-meaningful note. Danger Danger are the glam metal band to listen if you just want to have fun and forget about it all! Their self-titled debut album spawned some great songs, designed to bring you nothing but a sweet enjoyment! The debut single of their eponymous album bears the catchy title “Naughty Naughty” and as you suspected, it just can’t be taken seriously. That doesn’t mean it’s bad or unworthy. Not at all – it’s a super fun, sexy and exciting track. The guys are pretty good too! Ted Poley is a great vocalist too!

The playlist contains 10 Glam Metal tracks, selected based on my personal preferences and in accordance with the idea I am trying to deliver through this publication. There are plenty of other bands and artists who are representatives of the Glam Rock scene of the 1980s, but according to my opinion, the above 10 are some of the most notable ones. Please keep an open mind! Cheers