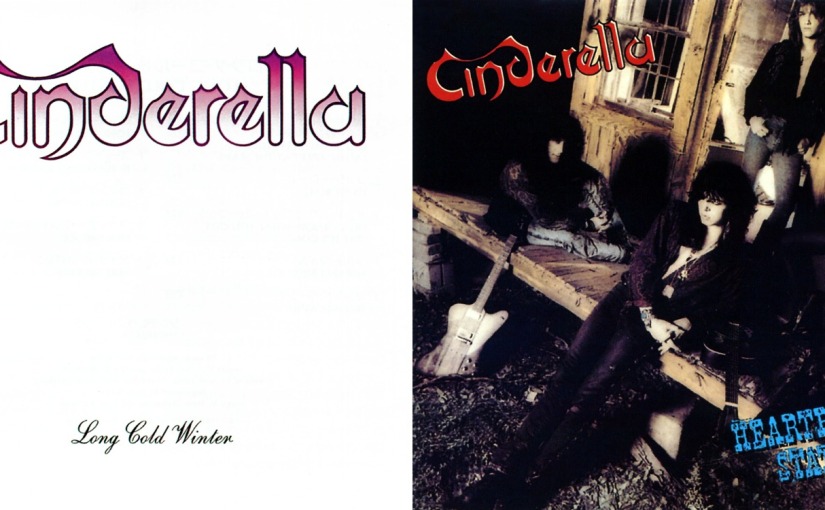 Among the endless river of glam rock bands, flooding the music scene in the late ‘80s, one band managed to stand out with their enormous talent and exceptional songwriting skills. That’s right, I’m talking about Cinderella, led by the exceptional Tom Keifer. I fell in love with their music and with his instantly recognizable, out-of-this-world, husky voice the moment I heard “Don’t Know What You Go (Till It’s Gone)”. That was a very pivotal moment for me because that’s how I was introduced to one of my favorite bands, Cinderella. Not only that but that song became a very important part of my life and one of the reasons why I fell in love with ‘80s power ballads in general. As a matter of fact, when I talk about power ballads and their dominance during that period, a couple of songs instantly come to my mind, including Cinderella’s “Nobody’s Fool” and “Don’t Know What You Go (Till It’s Gone)”. Why? Well, because those two are the absolute staples of ‘80s power ballads and the ultimate examples of how it’s okay to follow a trend, as long as you have a talent and do things with elegance and style. Those two tunes defined the relatively short-lived (unfortunately) career of Cinderella and honestly if you are going to be remembered by a couple of songs, they better be that good. In our case they are THAT GOOD! On top of it all, those two power ballads are their best-selling songs of all time! That should say something, right?

Cinderella’s catalog, include four studio albums – “Night Songs” (1986), “Long Cold Winter” (1988), “Heartbreak Station” (1990) and “Still Climbing” (1994). Those records spawned some pretty awesome rockers, including “Shake Me”, “Night Songs”, “Somebody Save Me”, “Shelter Me” and many more. Moreover, they housed a couple of groundbreaking tender rock ballads, which I would like to talk about now. The two previously mentioned blockbuster ballads are not the only slow-paced rockers Cinderella can brag with. There are a couple of more gentle tunes, which I believe are worthy of appreciation. If you are a rock ballad freak like me, you would probably enjoy the following playlist quite a lot. Let’s go! 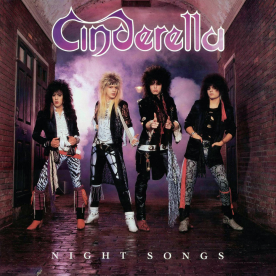 “Nobody’s Fool” was released as the second single from their debut album “Night Songs” (1986) and quickly conquered the charts in the States. In addition, it became their second best-selling single, coming after “Don’t Know What You Got (Till It’s Gone)”. Written by Tom Keifer himself, the song talks about a protagonist, being used, mistreated and lied to in a relationship. Tom sings about being sick and tired of being someone’s fool. He finally got the strength to cut things off and keep his self-respect.

I personally think the lyrics are the most appealing part of the song because the topic of being abused, taken for granted or toyed around with by someone else is something we have all experienced in our lives. Of course, Tom’s scratchy voice makes things much deeper. I especially love the part where he sings “I scream my heart out, just to make a dime, and with that dime i bought your love, But now i’ve changed my mind…” – this is such a powerful moment.

“That song, that’s something I think everyone can relate to. In life there is the falling in love, and then there’s the falling out of love. There are songs for both experiences, and ‘Nobody’s Fool’ is certainly the song for the falling out of love experience. And I would say that was not written for any one particular person. I’d been through that several times prior to writing that song. A lot of times, the emotions of songs are cumulative. That’s not one particular experience, but the culmination of many, “ Tom Keifer explained.

Don’t Know What You Got (Till It’s Gone) 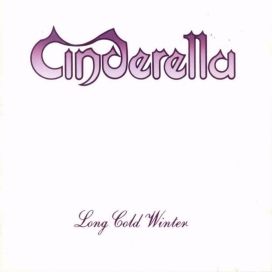 “Don’t Know What You Got (Till It’s Gone)” was once again written by singer-songwriter and co-founder of Cinderella, Tom Keifer. The track was released as a single from their second album “Long Cold Winter” (1988). Up to date, it’s their highest charting single and most successful track! It was also pretty popular on MTV as it received heavy rotation in the late 80s.
“Don’t Know What You Got (Till It’s Gone)” can easily become a soundtrack to the end of a love story – a painful reminder of how we have to cherish and appreciate what we have because one day, it might be long gone. I am absolutely in love with the lyrics, though I must say they make me feel so sad and lonely. Tom just knows how to craft something so beautiful and lasting. Don’t even get me started on his vocal delivery – absolutely mind-blowing.

“Long Cold Winter” may not fit perfectly into the description of a “power ballad”, however the tender blues tune is still one of Cinderella’s greatest ballads of all time, at least to me. The title track from their 1988 album is once again reminding us that they are not your ordinary glam rock band. Tom Keifer draws his influences from the blues and he is mixing it with the typical elements of ‘80s glam rock with such ease and excellence. His soulful voice was made for such kind of songs.

A country-style grandiose ballad which is another highlight from “Long Cold Winter”. The guitar work is simply superb. I don’t even have to talk about Tom – he makes the whole experience so atmospheric. That album is splendid, there’s just no weak no song or performance! It’s a must for everyone! 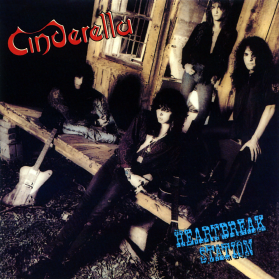 In 1990, Cinderella came back with another incredible record, titled “Heartbreak Station”, which Tom Keifer himself often point as his favorite Cinderella album. Once again fans weren’t disappointed with the new material. The title song, a power ballad yet again, is moving a bit further from the successful formula they used for the previous tender rockers. “Heartbreak Station” can’t exactly fall under the category of glam rock, I believe. The song, as well as the entire album as a matter of fact, is more blues, hard rock-influenced which I believe was the natural way to go. Tom Keifer wanted to fully embrace the spirit of The Rolling Stones and he did it quite eloquently.

“Heartbreak Station” is one of my most beloved songs of all time. The lyrics are too sentimental and Tom’s vocal delivery is playing with my emotions with such an ease. He is simply singing about being heartbroken, after his love left him. A simple concept, but delivered in a stunning way.

The delicate “Winds of Change” is the last song on “Heartbreak Station” and one of their underrated songs. I recently re-discovered it and quickly turned into one of my soothing safe places. The gentle acoustic guitars and Tom’s shape-shifting voice are just sending me to another realm. It’s a very beautiful song and in case you missed it, now is your chance to take a listen.

Hard to Find the Words 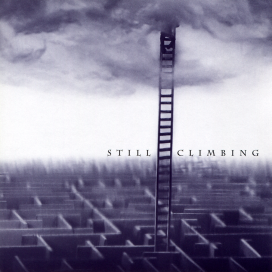 Many people overlooked Cinderella’s last album – “Still Climbing” (1994) merely because the timing wasn’t right for this kind of release. The audience was obsessed with grunge and alternative rock bands, which were dominating all musical mediums, including the biggest one – MTV. Tom had to deal with vocal issues, the company also didn’t do much justice with the promotion of the record and adding the grunge boom, we can conclude that “Still Climbing” had a very little chance to make a difference on the music scene. It’s quite sad, actually – the album is so beautiful and soul-soothing.

The two ballads from “Still Climbing” – “Hard to Find the Words” and “Through the Rain” are the highlights of the album, in my opinion of course. Especially the latter, I believe holds one of the keys to my heart. I wish more people would appreciate it the way I do.

A gorgeous race between gentle piano sounds, mellow guitars and Tom’s alien-like voice! This song is sending me to heaven.

“Nobody’s Fool” on SongFacts: http://www.songfacts.com/detail.php?id=2022
P.S. I don’t own any audio or visual material used in this publication. All the rights and credits go to the owners and/publishers.
The publication expresses my personal opinion and in no way is trying to make a generalized statement. Please be kind and considerate when you read and/or comment.
Cheers~