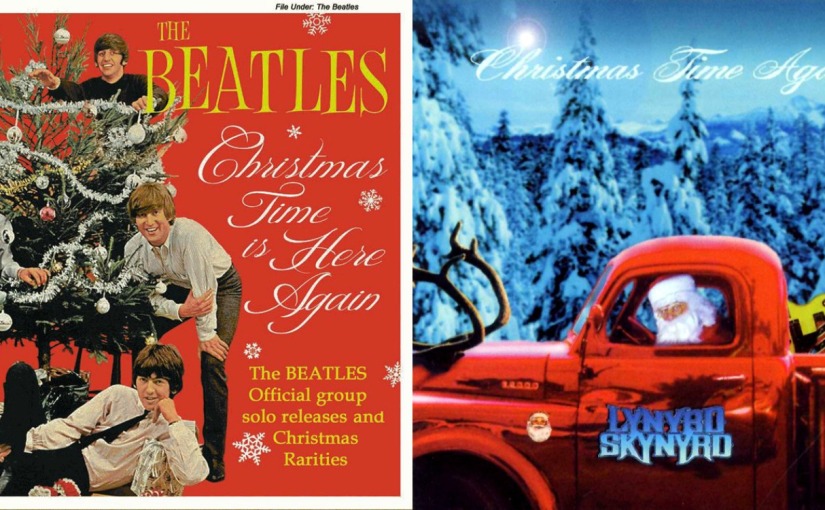 It’s that wonderful time of the year again!

Beautifully decorated trees are brightening up every home, people are giving each other presents, delicious food is warming up the mood and everyone is just enjoying the holidays with their families and loved ones. Presents or no presents – it doesn’t really matter, right? What truly matters (at least to me) is…the music! You can’t have the perfect Christmas, without the proper music can you?. In my case, we are talking about some serious Christmas rock&roll which is an absolute necessity for my holiday celebrations. I mean there are some classic Christmas pop tunes which are, of course, always pleasant to listen to – “Santa Baby”, “Jingle Bell Rock”, “Here Comes Santa Claus”, etc. (and ultimately the ubiquitous “Last Christmas” and “All I Want for Christmas is You” which are a must), however, as a proud rock soul, I need my dose of rock&roll spirit, even on Christmas.

I have prepared a little mixtape, consisting of 10 songs, perfectly suitable for your rock&roll Christmas. Each one of those tunes is capturing the essence of the holidays and can absolutely brighten up your festivities. Most importantly, they are all performed by great rock musicians who invested a lot of time and effort to be with us, even on Christmas.The playlist truly is one melting pot – from classic rockers like The Beatles, to glam rock bands, like Danger Danger, I tried to introduce some variety and maybe some new perception on how Christmas should sound like.

Here we go, I do hope you enjoy it! 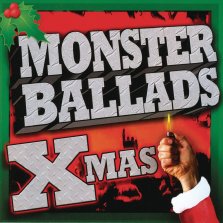 The first four tracks I chose for this year’s Christmas rock&roll mixtape: Tom Keifer – Blue Christmas, Danger Danger – Naughty Naughty Christmas, Dokken – Santa Claus is Coming to Town and Firehouse – Rockin’ Around the Christmas Tree, are all featuring in a compilation album, titled “Monster Ballads Xmas”. The 2007 CD brought together notable rockstars, mostly glam rock representatives, such as Dokken, Danger Danger, Firehouse, Kip Winger, Nelson and others. This hard rock extravaganza is filled up with newly recorded Christmas songs, bringing the ultimate holiday experience to its listeners. I could’ve simply put each and every song from that album on the playlist, but I chose those four because I see them as the most attractive moments from the collection. Tom Keifer’s voice has to be appreciated all the time, including on Christmas. “Blue Christmas” or should I say, “Blues Christmas” is an absolute masterpiece. Danger Danger are spicing up the mood with a sexy tune, reminiscent of their hit “Naughty Naughty”. Dokken’s interpretation of “Santa Claus is Coming to Town” is stunning and Firehouse are definitely bringing the fire with “Rockin’ Around the Christmas Tree”.

💕🎅Firehouse – Rockin’ Around the Christmas Tree💕🎅

Cheap Trick’s “Come on Christmas” is basically an altered Christmas version of their 1978 song “Come on, Come on”. It’s funny, catchy and so appealing. It hits you really hard so if you don’t want to mess around with some melodic Christmas rockers, this is the song for you.

We all adore Bryan Adams, so his most famous Christmas song –“Christmas Time” had to be on this year’s playlist as well. Despite being released in 1985, the tune is still enjoying a lot of attention and is one of the staples of holiday radio programs all over the world. I can understand why, Bryan is bringing so much to the table. You can just play it on a loop for your entire season and you’ll still love it every time!

In 2000, Lynyrd Skynyrd released a Christmas-themed album titled “Christmas Time Again”. The title song has been a favorite holiday song of mine for so many years. The bluesy rhythms and Johnny’s soothing vocals can turn any Grinch into a Christmas elf. Take any song from that album and your festive mood would be guaranteed.

There can’t be a Christmas without Queen’s “Thank God it’s Christmas”, right? Released back in 1984, the holiday tune enjoyed significant success on the charts. However, no music video was filmed for this song, which means it couldn’t be promoted on the music channels. It’s a less known song (at least among the general population), however I definitely can’t imagine my holiday without Freddie singing “The moon and stars seem awful cold and bright, Let’s hope the snow will make this Christmas right…”

The Beatles loved their fans, that’s for sure. Every Christmas, members of their official fan-club would receive a record with Christmas carols, original compositions and a “thank you” for being a devoted fan. That sounds incredible!
Those records haven’t been released officially, but one song – “Christmas Time (Is Here Again)” (1967) made it to The Beatles Anthology project in 1995. The Fab Four bringing the festivities to your home with their lovely harmonies – there’s nothing better than that!

The Kinks contributed to the rock&roll Christmas spirit in 1977 with their single “Father Christmas”. You can always count on The Kinks to turn things upside down, even on the purest holiday, Christmas. The song is about a gang of poor kids, demanding money, instead of toys from a department store Father Christmas. They are ready to throw in a few punches as well, as long as they get what they want. I love the concept and the song is immensely catchy! It’s a must for every Christmas.

One thought on “A Mixtape for Your Perfect Rock&Roll Christmas”