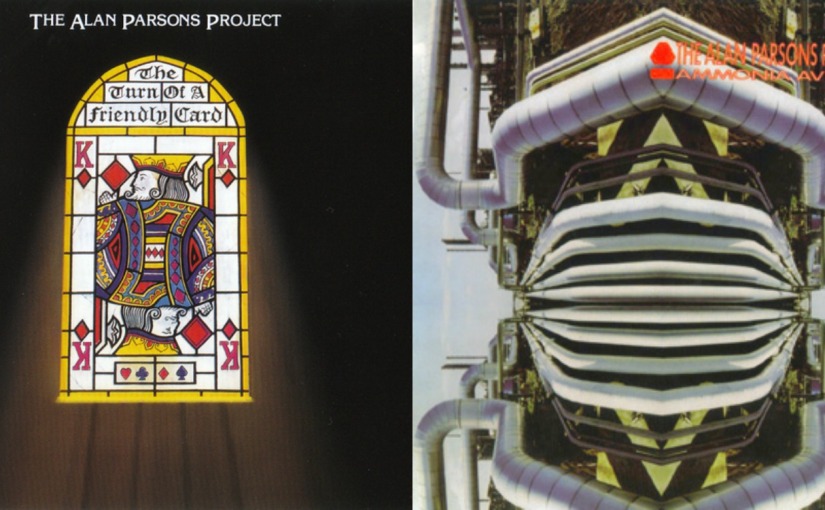 Alan Parsons, or as I like to call him Mr Everything, already had a long list of achievements, including engineering Pink Floyd’s “The Dark Side of the Moon” and helping with The Beatles’ “Abbey Road” and “Let it Be”. For such an outstanding songwriter, audio-engineer, producer, signer and most importantly – a man with a unique perspective and approach to music, the sky was the limit. He saw a respectful partner in crime in the early 1970s in the face of the equally talented lyricists, vocalist and multi-instrumentalist Eric Woolfson and… the rest was history.

The Alan Parsons Project debuted with in 1976 with a concept album titled “Tales of Mystery and Imagination”. The band’s identity was yet to be solidified, though. In the years to come, the duo crafted groundbreaking albums like “I Robot” (1977), “The Turn of a Friendly Card” (1980), “Eye in the Sky” (1982), “Ammonia Avenue” (1984) which cemented the duo as one of the highest and most important British progressive rock towers in the mid-1970s and 1980s.

In their 40-year career, Alan Parsons and Eric Woolfson managed to craft some serious magic. Ten studio albums, each with its own thought-provoking concept, spawned numerous timeless hit singles, still relevant and appreciated by (progressive) rock fans all over the world. Heavily-orchestrated, enigmatic, a bit melancholic even, decorated with powerful lyrics – their music has always been my biggest soothing agent. It is impossible to cherry-pick ten songs from their extensive catalogue and label them as “my absolute favorites”, however I did my best to at least craft a reasonable playlist for the fans who wish to experience the music of The Alan Parsons Project. I do hope you enjoy it!

The mesmerizing “Eye in the Sky” is among Alan Parsons Project’s biggest commercial successes. Coming from their 1982 album with the same name, the track brought them top chart positions in countries all over the world. Eric Woolfson provided lead vocals for “Eye in the Sky”, which perfectly aligned with the soothing, quiet, yet funky and thrilling rhythms of the song. The lyrics are what captivate the listener the most, in my opinion. Just listen…

“Games People Play” – another immensely satisfying tune, this time coming from Alan Parsons Project’s 1980 album “The Turn of a Friendly Card”.  Lenny Zakatek brought so much life into the tune with his memorable vocals. The concept of the song is pretty straightforward, directly related to the overall theme of the record. The lyrics are once again the strongest point, at least to me.

“Time” comes from “The Turn of a Friendly Card”(1980) and is in my opinion one of the saddest songs ever to be made. Eric Woolfson’s quiet and gentle vocal delivery is everything but comforting. – It just makes me so emotional. Interestingly, this is one of the few songs in which we can hear Alan Parsons himself singing on the background.

“Sirius” and “Eye in the Sky” are meant to be listened one after the other; however I separated them because the 2-minute instrumental has its own charm and sometimes I just play it on a loop, without moving on to the next tune. “Sirius” segues into “Eye in the Sky” and both were usually played as a package on radio stations. The instrumental, however, made a name for itself by becoming an opening number for many sport events.

The title track of Alan Parsons Project’s 1984 “Ammonia Avenue” album became one of the reasons why I got into the band in the first place. It seems like songs, performed by Eric Woolfson somehow always get to my heart. A little bit dramatic, but highly enjoyable, this soothing tune has often been there to help me when I am feeling down. I highly recommend it to everyone, it’s just so calming…

“Eye in the Sky” is indeed a very special album to me, as you can see. Another tune from that fabulous progressive rock extravaganza found its place in my top 10. “Children of the Moon” with David Paton on vocals is a rhythmic treasure with a sweet reggae aftertaste and gorgeous lyrics. Have a listen~

Alan Parsons Project’s 1977 “I Robot” was their coming out party. Filled with outstanding progressive rock jewels, the record signalled the arrival of a strong prog rock force. The epic “Some other Time”, performed by Peter Straker and Jaki Whitren, stood out to me with its triumphant horn sections and memorable lyrics.

This tune represents a stronger, more rock-oriented side of Alan Parsons Project which is equally intriguing and worthy of appreciation. “In The Real World” comes from their ninth album, titled “Stereotomy” (1985). The highlight of that record has to be the instrumental “Where’s The Walrus?” which even got them a Grammy Award. However, the uplifting rocker “In The Real World”, performed by Graham Dye, appealed the most to me.

“Pipeline” is one of the alluring instrumentals on “Ammonia Avenue” (1984) and generally, one of my favorite instrumentals of all time. Alan Parsons Project just know how to craft a time-enduring pieces of art that are equally intriguing with or without lyrics.

Alan Parsons Project’s 1985 “Vulture Culture” was probably the last commercial and critical success of the duo. The ‘80s arrived and with them new musical trends, directions and possibilities. There was just little room left for progressive rock. Nevertheless, I find this record to be exceptional, especially “Separate Lives”, once again performed by Eric Woolfson.

A bonus tune – “I Wouldn’t Want to Be Like You” from Alan Parsons Project’s highly successful “I Robot” (1977).  Vocalist Lenny Zakatek brought so much to the table, it was no wonder that later on he would sing so many of the band’s songs. You can’t but be compelled by this funky, disco-sounding tune!

One thought on “[MIXTAPE] My Top 10 ALAN PARSONS PROJECT Songs”