One of my greatest musical passions is progressive rock. There is just something so magical and immensely captivating in mixing rock with elements of classical music, all wrapped up under layers of complex instrumentation, life-changing lyrics, intense experimentation and supreme technicality. Not to mention the groundbreaking album artworks those beautiful compositions come with. The origins of progressive rock are quite debatable – many people, including myself, believe that it all started in the late 60s as a logical advancement of psychedelic rock. It’s important to mention the significance of albums like “Sgt. Pepper’s Lonely Hearts Club Band” by The Beatles which is credited by many critics as the album where the idea of progressive rock began. It wasn’t until the ‘70s when prog rock found its way to the hearts of the general audience. Albums like “The Dark Side of the Moon” (1973) by Pink Floyd completely transformed the notion that this type of music is very difficult to enjoy. For the rest of the decade, prog rock was a predominant force on the worldwide music scene, especially among British audiences. Rock acts like YES, Emerson, Lake & Palmer, Pink Floyd, King Crimson, Genesis, Jethro Tull, The Moody Blues, Frank Zappa and many more are notable names in the genre.

My gigantic adoration for progressive rock grew out of a couple of albums which till today remain my ultimate soul-feeding musical pieces. The following albums are definitely part of the list. Not only that, but each of them has its own unique place in the history of progressive rock and music in general. If you are not so familiar with the genre and are looking for the start, look no further – these five records are surely going to provide you with the ultimate progressive rock experience. Noticeably, I haven’t included the earth-shattering prog rock titles like “The Dark Side of the Moon” by Pink Floyd because I wanted to demonstrate a little bit of variety and give the green light to other equally essential records. Also, Pink Floyd are a completely different monster.
Please enjoy my selection and I hope those albums can bring you at least a little bit of the comfort they bring me. 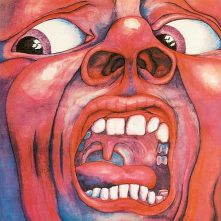 This might be a bit heavy for some listeners who are not accustomed to the sound of progressive rock but bottom line is – every conversation about progressive rock should begin and end with this album! Historically relevant, highly experimental, critically acclaimed and seen by many as the birthplace of progressive rock – meet King Crimson’s 1969 debut album “In The Court of Crimson King”. Personally, I see is as one of the most impactful forces in the history of rock in general. Where do we even begin with this album? Jazz, blues, classical influences, psychedelic rock elements, mind-blowing lyrics, questioning your entire existence. “In The Court of Crimson King” is THE progressive rock album! The monumental artwork is another reason behind the album’s significance – just look at it! That is how you will react when you listen to King Crimson for the first time! 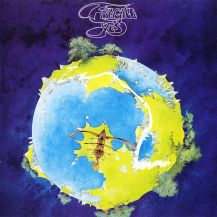 If you want to experience progressive rock at its fines, YES’ “Fragile” (1971) is another album you should devote your time to. “Roundabout” is YES’ ultimate classic and one of the reasons behind the commercialization of progressive rock. People were, and still are, simply in love with the elegant guitars of Steve Howe, accompanied by mindblowing organs, stunning keyboards, mind-altering drums and of course Jon Anderson’s a-list vocals. This whole record is a fantasy coming alive. It became a rock staple and influenced generations of musicians.

And ladies and gentleman the album that changed my life – Emerson, Lake & Palmer’s “Brain Salad Surgery” (1973). This record is like a door to a new colorful world, a world in which there are no limitations to what your body and soul can experience. I can’t even begin describing why this album is such a huge masterpiece. “Still. . . You Turn Me On”,“Toccata”,“Karn Evil 9” – all sending you on a mind-altering journey after which you feel like a different person. The trio is simply phenomenal – Keith is running through the keyboard with unimaginable precision; Carl is the king of the drums and Greg’s impactful but gentle vocal delivery is releasing you from every little trace of stress and negativity. That’s just how it affects me…

Jethro Tull’s “Thick as a Brick” is just one 44-minute song which really does it for me. Concept, parodies and tricks aside, I do really enjoy diving into the atmosphere of this musical treasure from time to time. You click on “play” and for the next 40 minutes you have the perfect background to your work. I feel like this type of music synchronizes quite well with your work tempo and gives you that extra push! (Or maybe It’s just me). It’s a beautiful piece of progressive rock and musically speaking it is the whole package, not to mention the dozens of instruments we get to enjoy throughout this tune – trumpet, saxophone, timpani, violin and so much more.

Another album you have to listen to if you are into “progressive rock mood” would be Rush’s “Moving Pictures” (1981). Both critically and commercially acclaimed this is one of the albums that truly deserve a spot on your shelf and in your heart. I included it as a part of my selection because despite coming out relatively late, compared to other progressive rock jewels, it did manage to leave a lasting trail of classic prog rockers and radio staplers. It’s a perfect combination between hard rock, adopting a lot of experimental techniques and state of the art technologies to craft the perfect sound. It’s accessible progressive rock at its finest; a natural evolution of a genre!

One thought on “Want to Get Drunk on Progressive Rock? Listen to These 5 Albums:”