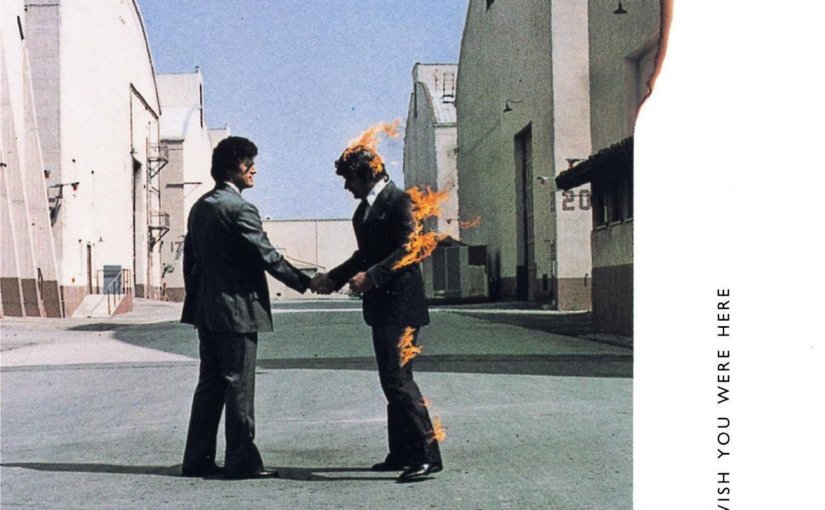 Nothing better to do on a hot Saturday afternoon than going through the music catalog of Pink Floyd (at least to me). “Wish You Were Here” (1975) is definitely one of their most outstanding records and song such as “Wish You Were Here”, “Shine on You Crazy Diamond” and “Welcome to the Machine” are absolute classics that will never become too old to listen. Not to mention “Have a Cigar” which actually made me fall in love with the album itself and quickly became a personal favorite. The track impresses not only with its memorable opening riffs and exciting synthesizer sound effects, but with its intense lyrics, dealing with the hypocrisy and greed in the music business. 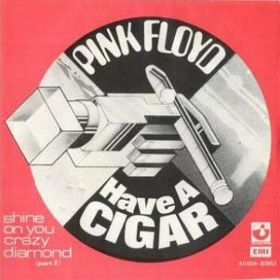 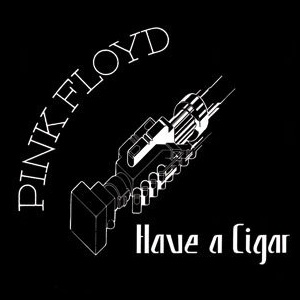 – The lead vocals are provided by folk singer Roy Harper. Here’s what David Gilmour said about that:

“Roger had a go at singing it and one or two people were unkind about his singing. One or two people then asked me to have a go at it. I did, but I wasn’t comfortable. I had nothing against the lyrics. Maybe the range and intensity wasn’t right for my voice. I can distinctly remember Roy leaning on the wall outside Abbey Road, while we were nattering away and (growls) ‘Go on, lemme have a go, lemme have a go.’ We all went, ‘Shut up Roy.’ But eventually we said, ‘Go on then, Roy, have your bloody go.’ Most of us enjoyed his version, though I don’t think Roger ever liked it.”

– This is one of the two songs of Pink Floyd, not sung by one of the members of the band. The other one is “The Great Gig in the Sky”, performed by Clare Torry.

– The song’s music and lyrics were written by Roger Waters. The track, much like “Welcome to the Machine” is about all the lies music industry corporations tell and the control they exercise over their musicians. Cliché lines such as “You’re gonna go far,” “I’ll tell you the name of the game,” “You’re going to make it,” are all written to illustrate the empty promises music businessmen make, especially to the new bands when in fact they only think of how to squeeze money out of them. The line “We call it riding the gravy train” has been commonly used to refer to the exploitative nature of the music corporations.

– The line, “By the way, which one’s Pink?” is a question many people in the music world kept on asking Pink Floyd.

“We did have people who would say to us “Which one’s Pink” and stuff like that. There were an awful lot of people who thought Pink Floyd was the name of the lead singer and that was Pink himself and the band. That’s how it all came about, it was quite genuine,” said David Gilmour in 1992.

(Roger Waters was always quite bitter and cynical with his lyrics, but that’s why we love his works so much. The song is one huge satirical take on the music industry – probably the best of its kind. I guess after “The Dark Side of the Moon” the industry was pretty harsh on them and expected a huge follow-up album. “Have a Cigar” was simply their answer to the soulless record companies.)

– The track begins with a very memorable swirling riff, played on electric guitar and bass. Throughout the song, we can hear a mixture of electric piano, synthesizer parts, concluding with the sound of a radio being dialed off-station. The effect is used to the following title-track “Wish You Were Here”.

“Have a Cigar” was a whole track on which I used the guitar and keyboards at once. There are some extra guitars which I dubbed on later, but I did the basic guitar tracks at one time,” said David Gilmour in 1975.

And this is why you should not have cigars!!! (I’m kiddin, of course) Roger Waters apparently was too sick and the tech guy made a mess with the backing vocals…

“Have a Cigar” Lyrics

Well, I’ve always had a deep respect, and I mean that most sincerely.
The band is just fantastic, that is really what I think.
Oh by the way, which one’s Pink?

And did we tell you the name of the game, boy?
We call it Riding the Gravy Train.

We’re just knocked out.
We heard about the sell out.
You gotta get an album out,
You owe it to the people. We’re so happy we can hardly count.

Everybody else is just green, have you seen the chart?
It’s a helluva start, it could be made into a monster
If we all pull together as a team.

And did we tell you the name of the game, boy?
We call it Riding the Gravy Train. 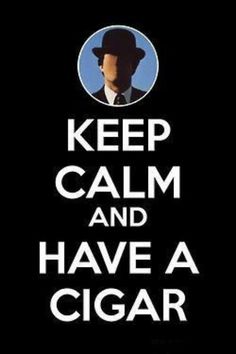 P.S. I don’t own any audio or visual material used in this publication. All the rights and credits go to the owners and/publishers.
Cheers~
The publication expresses my personal opinion and in no way is trying to make a generalized statement. Please be kind and considerate when you read and/or comment.