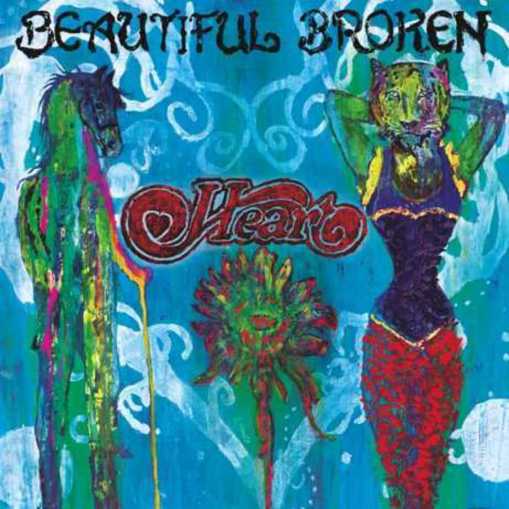 After a four year break, sisters Ann and Nancy Wilson are back with “Beautiful Broken” – their sixteenth album and their first on Concord Records. What they did on this record is definitely not something we have never seen or something other similar old-school rockers haven’t done yet – Heart are simply offering an intriguing selection of seven re-imagined and re-recorded cherry picks from their early career. Fortunately, the band left out the classics. In addition, we get the chance to hear three new exciting additions to their catalogue. Co-produced by Nancy Wilson and long-time bassist Dan Rothchild, “Beautiful Broken” is a thrilling record that deserves to be played from start to finish.

Ann definitely falls into the category of rock vocalists who still got it! Her strong and expressive vocals are definitely the best thing in “Beautiful Broken”. The record kicks off with a heavy blast – the dynamic title track features the roaring vocals of none-other than Metallica’s James Hetfield. There’s absolutely no tension or any sort of disconnection between the voices of those two – on the contrary, their voices are working together quite well.  Exquisite string sweeps and powerful vocals – both Metallica and Heart fans will definitely be pleased with the result. “Two” is actually a cover of a new song by Ne-Yo, performed by Nancy Wilson. The piano-driven dreamy ballad leaves you with an open heart and a strong thirst for romance. Led Zeppelin’s huge influence on Heart could easily be felt, especially in the new and heavy orchestral “I Jump”. It sets a soft and rather creamy mood at the beginning till the surprising Led Zeppelin-inspired riffs captivate your ear in the refrain. “Heaven” is psychedelic masterpiece that sends us on a trip to East-India with its magical opening. Quickly, though, we are attacked by the thunderous drums, electric guitars and Ann’s deafening vocals. Unfortunately, the new versions of songs such as “Johnny Moon”, “Language of Love” and “City’s Burning”, couldn’t match or beat their old arrangements and compositions. Some tracks should definitely be left untouched otherwise they might get completely messed up. “Language of Love” (from “Passionworks”, 1983) is a clear example of unfocused and confused new format that just doesn’t work. Also, wrapping things up with this song might not have been the best idea ever.

If you are used to rocking hard with Heart and love Ann Wilson’s clear and soulful voice, this might be the record for you. Many of the fans out there, including myself, are quite sentimental and prefer the original classics, however “Beautiful Broken” definitely deserves a chance – if not for the old-new songs, than for the three gorgeous new additions to their music library. With this glorious musical journey, the sisters prove that they still have a lot more to offer. Listen, jump and rock all day and night with “Beautiful Broken”.

“Beautiful Broken” official Wikipedia webpage: https://en.wikipedia.org/wiki/Beautiful_Broken
P.S. I don’t own any audio or visual material used in this publication. All the rights and credits go to the owners and/publishers.
Cheers~