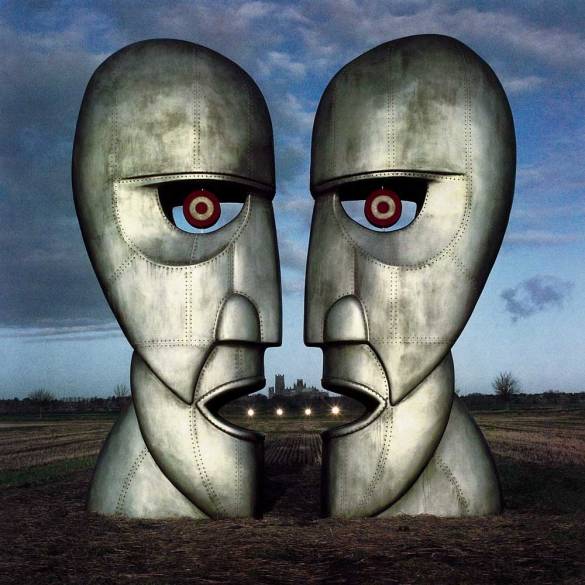 It was up to David Gilmour to keep Pink Floyd alive, after the departure of Roger Waters. In 1994, they released The Division Bell – the second, post-Waters album which proved that Pink Floyd was just as much David Gilmour, as it was Roger Waters. Yes, Pink Floyd were at their finest when the outstanding guitar playing of David Gilmour was perfectly aligned with Roger Waters’ genius lyrical and songwriting skills – that’s how unbeatable classics like “The Dark Side of the Moon” or “Wish You Were Here” were crafted, actually. However, if we put aside our nostalgia and listen with an open mind and heart, we could easily feel the greatness of The Division Bell because it truly is a dramatic record that can stir your emotions, quite violently if I may say. Moreover, David Gilmour and the rest of the band are shining in ways we never saw before. It’s an amazing album and it’s definitely worth listening to!

The Division Bell is a very heroic and successful attempt at bringing back the classical sound and feel of Pink Floyd. Compared to their previous album – A Momentary Lapse Of Reason, the sound of The Division Bell is much smoother, warmer and sincere. David Gilmour’s music is definitely more peaceful and thoughtful than Waters and we can clearly see that in songs such as “A Great Day For Freedom” and “Coming Back to Life”. However, his ultimate strength remains in his composing, playing and singing. Together with keyboard virtuoso Richard Wright, great testimonies of music craftsmanship were made in the face of the bluesy “What Do You Want From Me” and the timeless instrumental “Marooned” which even got them a Grammy Award for best instrumental. The highlight of the album has to be “High Hopes” which easily controls our emotions with its haunting aura, brilliant lyrics, melancholic piano chords and, of course, that memorable bell in the background. “Keep Talking” is probably one of the album’s weakest moments, though it does include a narration by Stephen Hawking. The pop, U2-sounding “Take it Back”, though released as a single, is quite inconsistent and out of place, though its intro and beautiful vocals do earn them some points.

Despite the huge amount of mud that was thrown and David Gilmour’s efforts to revive the band after the departure of Roger Waters, he kept on making outstanding music. Don’t expect classic ‘70s Pink Floyd sound, expect ‘90s Pink Floyd sound. The Division Bell has some weak and incongruent points and Roger Waters’ harsh and scathing lyrics are truly missed. However, the moment you play songs such as “High Hopes” and “What Do You Want From Me”, all is forgiven and forgotten. Fans’ views are conflicting but all I can say is that David Gilmour is one truly inspiring musician and we can’t but admire his band loyalty and his beautiful brainchild – The Division Bell.

What Do You Want From Me

“The Division Bell” official Wikipedia webpage: https://en.wikipedia.org/wiki/The_Division_Bell
P.S. I don’t own any audio or visual material used in this publication. All the rights and credits go to the owners and/publishers.
Cheers~