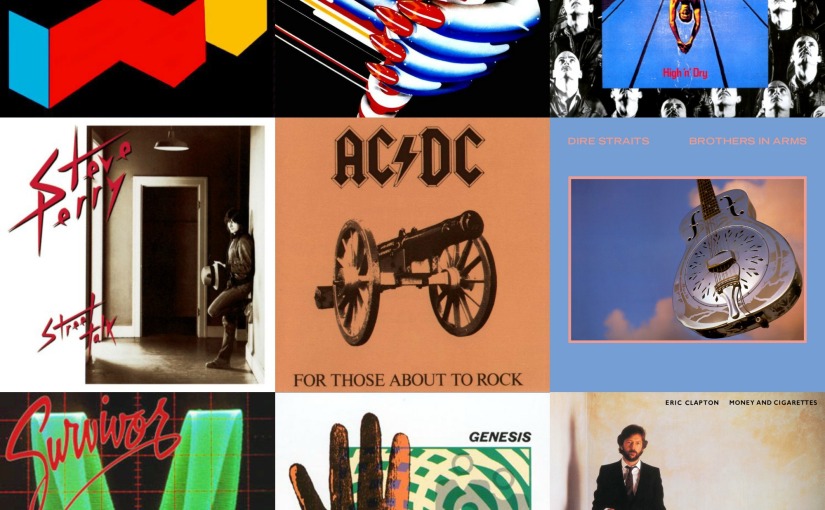 Previously, I have listed 10 of my favorite rock albums from the 80s (you can check the publication by clicking here – [CLICK HERE] My Top 10 ’80s Rock Albums! ). However, since we are talking about the 80s and rock music, naturally, much more than 10 albums are in “my favorite” category. Therefore, I decided to prepare a part 2 and list 10 more incredible records from the golden era of rock, I love and appreciate with all my heart and soul. There will be a part 3, 4, etc. for sure because let’s face it – 80s were the greatest decade for rock music and one can’t but love all the music that was released back then… It is indeed very difficult for me to choose favorites but I will try…

Anyone who knows me is quite aware of the fact that I ADORE Survivor and Jimi Jamison is one of my favorite male vocalists of all time. “Vital Signs” happens to be the first album with him as their frontman and as a bonus we can find some awesome classics, such as “I Can’t Hold Back”, “High on You” and “First Night”. I think this is my favorite Survivor album in general and I am particularly fond of the song “Popular Girl” which is very catchy and has such captivating lyrics… “When she’s breaking your heart, she’s the state of the art… with license to take what she wants…” 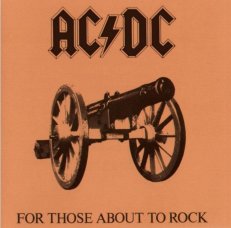 The follow up of AC/DC’s highly successful album “Back in Black” turned out to be equally important for their career and as perfect as one can imagine. I also consider “For Those About to Rock We Salute You” as their greatest album in terms of technicality, vocal delivery and quality of production. The title song is also one of my favorite 80s tunes – the lyrics and the energy of it are out of this world. Songs such as “Let’s Lit It Up” and “Spellbound” are also among my favorite tracks of the era. The album is the third and final collaboration between AC/DC and famous producer Mutt Lange.

The first solo album of Steve Perry turned out to be a phenomenal project and of course it’s going to be in my favorite rock albums from the 80s! The title track of “Street Talk” – “Oh Sherrie” is beyond impressive and I can’t have my day going without listening to it at least once. In addition to this massive hit, songs such as “Foolish Heart” and “She’s Mine” are also among my ultimate favorite tracks from the album (and from the 80s as well). Steve Perry is an incredible talent and I am so happy he released this album – it’s the golden egg of my collection! 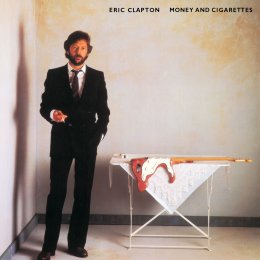 I have a whole publication dedicated to the greatness of this album – you can read it here: [CLICK HERE] [The Greatest Rock Albums of the 80s] Eric Clapton – Money and Cigarettes
What else can I say? This is my favorite album of Eric Clapton and contrary to the popular belief I think what he did in the 80s was quite impressive! The sound is indeed a little bit more commercial but the songs are very well-written and create such a beautiful mood. Among all, I think “Pretty Girl” and “I’ve Got a Rock ‘n’ Roll Heart” are my ultimate favorite songs from this album.

Till today, “Invisible Touch” remains Genesis’ best-selling album and one of the most loved records of the era. I love Phil Collins and I’ve always preferred him as their frontman in comparison with Peter Gabriel. The record has so many beautiful and quite famous tracks – “Invisible Touch”, “Land of Confusion” and of course my personal favorite – “In Too Deep”. The overall sound of the album may be too soft for some people, but to me it sounds perfect. I particularly enjoy the electronic drums.

I love Dire Straits and this is absolutely my favorite album of theirs. With awesome tracks such as “Money for Nothing”, “So Far Away” and “Walk of Life”, the album was destined for success. It occupied top chart positions for months!  “Money for Nothing” was also one of the most played music videos in the history of MTV. It’s an awesome track – probably one of THE tracks of the 80s and the MV is also quite memorable and era-defining – let’s just watch it… 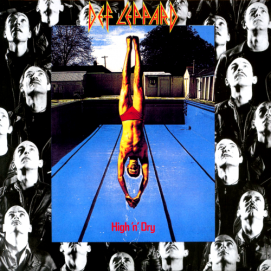 Of course you will find yet another album of Def Leppard in here, on this list…you know now much I love all of their work! “High ‘n’ Dry” was the album that signaled that something strong and powerful was coming and it was going to change to course of rock music – that thing was called Def Leppard! “Bringin’ on the Heartbreak”, “Lady Strange” and “On through the Night” are just a few of the songs I love from this album. The 80s belonged to Def Leppard and this album is indeed one of their finest projects. Interesting fact – it’s their final album with guitarist and original member Pete Willis.

This has to be my favorite Judas Priest album of all time. “Turbo” marked the band’s first use of guitar synthesizers and as a result, a very unique and interesting sound was crafted. Songs such as “Turbo Lover”, “Locked In” and “Rock You All around the World” are ultimate classics and I do really enjoy listening to them on a daily basis. The reason why this album in particular is here, on this list is because it’s somehow different from all of their works – the theme of love and romance is heavily emphasized and I absolutely like it!

But of course Foreigner’s ultimate hit record “Agent Provocateur” is going to be on my list!! I love Foreigner and this album is so special and important to me. It was a bit criticized for being too commercial and ordinary; however to me this album is everything! It contains the band’s biggest hit single, “I Want to Know What Love Is” and my most favorite Foreigner song of all time – “That Was Yesterday”. Also, I have a very special bond with “Reaction to Action” and I can’t have my day without listening to this song at least a few times…

Rainbow with Joe Lynn Turner was the most amazing combination ever! During his time as their frontman, they released some awesome albums and “Bent out of Shape” has to be my favorite one among all. “Can’t Let You Go” and “Street of Dreams” are classics which will always be remembered, played and performed – they will forever remain some of the most appreciated anthems of the 80s!

This is it for now! Tell me your favorite rock albums from the 80s!
Stay tuned for part 3!