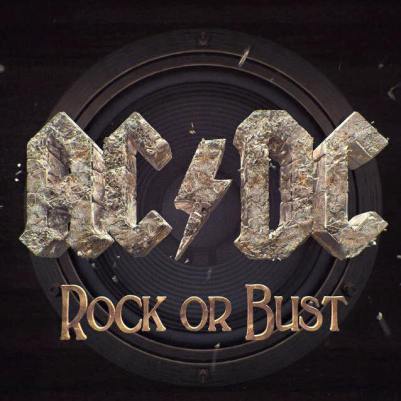 AC/DC band members would like to thank Brian Johnson for his contributions and dedication to the band throughout the years. We wish him all the best with his hearing issues and future ventures. As much as we want this tour to end as it started, we understand, respect and support Brian’s decision to stop touring and save his hearing. We are dedicated to fulfilling the remainder of our touring commitments to everyone that has supported us over the years, and are fortunate that Axl Rose has kindly offered his support to help us fulfill this commitment. AC/DC will resume their Rock Or Bust World Tour with Axl Rose joining on vocals. The European stadium tour dates begin on May 7 in Lisbon, Portugal and run through June 12 in Aarhus, Denmark as previously announced (see below for full itinerary). Following this European run of dates with AC/DC, Axl Rose will head out on his Guns N Roses, Not In This Lifetime Summer Stadium Tour. The 10 postponed U.S shows will be rescheduled and announced imminently, also with Axl Rose.

There were tons of rumors and numerous speculations on whether or not Axl Rose will be chosen as AC/DC’s new lead singer for the rest of their 2016 tour. The speculations ended today, when AC/DC made an official statement on their website, as well as Facebook page. As announced, Axl Rose will in fact be filling in for Brian Johnson on their “Roc or Bust” tour. The European tour dates kick off on May 7 in Lisabon, Portugal and will run through June 12 in Aarhus, Denmark. The U.S. summer dates that were postponed will be rescheduled with Axl Rose as frontman. After completing his engagements with AC / DC, Axl will be focusing on the reunion of his own band – Guns N’ Roses for their ‘Not In This Lifetime’ summer North American tour.

The statement was made and now everything is official and in order. However, I wanted to ask you guys what do you really think about it? Are you supporting AC/DC’s decision to replace Brian Johnson with Axl Rose or you think it’s a big mistake? Well, I wanted to share my own opinion regarding the situation ….

First of all, I would like to say that I’m a huge fan of AC/DC and even though I won’t be attending their European tour, I am (will be) keeping close track on what it happening during the concerts. The health issues of Brian Johnson came as a huge shock to most fans, including myself, because it’s so difficult to imagine the band without him – they simply go together and that’s it. Now, all of a sudden, the complete image and legacy of the band were threatened and fans became so concerned with its future. Then, all of a sudden, we get these paparazzi photos of Axl, leaving a rehearsing studio with AC/DC and everyone was like….What? No, that cannot be true!!! The majority of fans were just rejecting any possibility of this being true – to many, including myself, it just seemed too ridiculous. Now, however, we finally know – it’s true and it’s happening! I was expecting it, to be honest but that doesn’t mean that I have accepted it! My personal belief is that instead of going with Axl Rose, AC/DC should’ve just cancelled the tour, supported Brian in his recovery and basically gone out with dignity and respect. Instead, they chose to continue the journey with a frontman, whose singing abilities are quite questionable and extremely unsuitable for any AC/DC song. AC/DC were, are and always will be true legends in rock music. As such, I believe they should’ve made a better decision – fans will never stop loving you or listen to your songs if you just choose to retire. I am trying to understand and support their decision but I just can’t. I feel like this whole thing was made for one reason one – marketing and of course money. Everyone on the internet is going nuts over the news but at the end of the day it’s going to be a historical moment. After all, collaboration between those exact rockstars was never even thought of before. Naturally, everyone is going to be so curious and believe me, people might be angry but they will buy the tickets! I also think that it’s a little bit disrespectful towards Brian Johnson who basically helped turn the band into what it is now – one of the best (if not the best) rock bands in history! After so many years of hard work and dozens of breath-taking concerts, I think Brian deserves better…

Also, I wanted to say that the press release, announcing the news was extremely cold and superficial – I was not expecting it to be like that. Brian Johnson is AC/DC and there’s no AC/DC without Brian Johnson. He did so much for the band and he can never be replaced. Fans love him, adore him and respect him with all their hearts. I think he deserves so much more than 2 trivial sentences and a “best of luck in your future endeavors”, don’t you think? Well, all I can say is THANK YOU, Brian for everything you did – We salute you!

Anyhow, I will be waiting with extreme anticipation… I don’t have high hopes but I’m curious and ready to experience this “one of a kind” event… Let me know what you think??