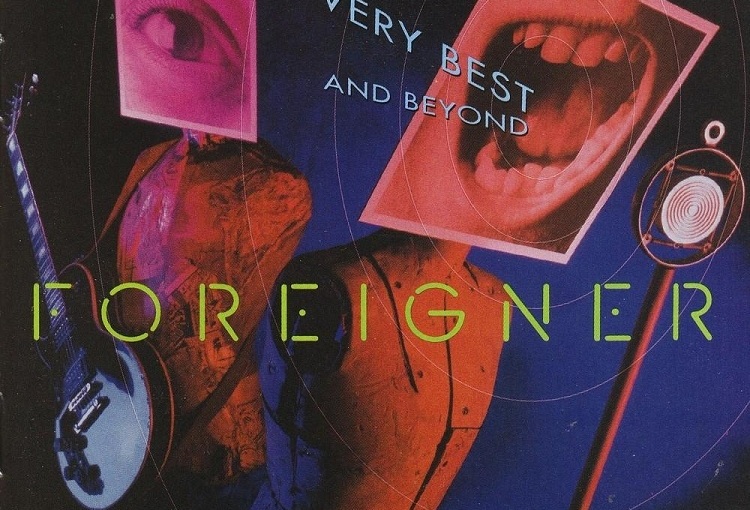 Everyone who knows me is well aware of the fact that Foreigner and I go way back. They are probably one of the most important bands of my childhood and the first classic rockers I got into. In addition to the memories, deep appreciation and respect I have for them, their music is what has always been there for me. There are a handful of bands I can point out for certain as my ultimate favorites due to their music matching my taste and personality 100%…and Foreigner is one of those bands! Imagine my emotional state, when I found out that they will be performing in my native country and I won’t be able to attend due to studying abroad…!? I’m still devastated and I’m not sure I will ever get over it.

Tour concert aside, at least what I always had and always will have is their brilliant music I’ve been listening to since as long as I can remember. As I previously said, it can be so challenging to find a band whose music completes you in each and every way possible – it’s like they wrote all these songs ESPECIALLY for you, knowing exactly what you like and you look for in a song. That’s how I feel about Foreigner – they are just that important to me! Can we also talk about Lou Gramm whose vocals are EVERYTHING (at least to me)! His ability to kill those high notes and his tough, yet gentle vocal delivery are just a few of the reasons why I consider him as one of the most talented and notable rock vocalists ever! 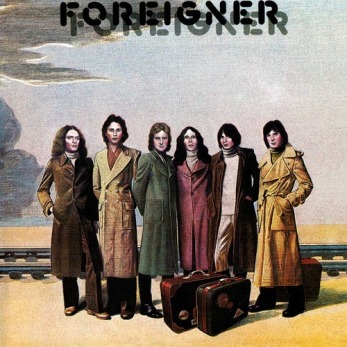 …Of course, the fact that they are one of the best-selling rock bands of all time proves that apparently I’m not the only one who carries such deep affection for them. Not to mention that they sold more than 80 million records worldwide… Yes, to reach to such highs and succeed so massively, you need to have excellent musicianship skills and know how to make splendid rock tunes that can reach to and have a special effect on people… Well, they sure as hell knew how to do that! Throughout the years, they released phenomenal records, such as “Double Vision” (1978), “Head Games” (1979), my two personal favorites – “4” (1981) and “Agent Provocateur” (1984) and many more. The amount of exceptional rock tunes you can find on those records goes beyond. Even though, picking up favorite songs from their extensive music catalog has to be the most difficult thing in the world, I really wanted to list some of my favorite Foreigner tunes on my blog – songs that really mean a lot to me for one reason or another. Besides, I would never miss another chance of listening to those loved songs of mine. I hope my readers love Foreigner as much as I do and have a good time while reminding themselves of those remarkable classics! I decided to include songs sung only by Lou Gramm. I’m sorry, Foreigner and I’m sorry, other fans of Foreigner who don’t really share my view but to me the situation goes like this – No Lou Gramm = No Foreigner ! Thanks for reading and please enjoy the songs!!!

You’re as cold as ice
You’re willing to sacrifice our love
You never take advice
Someday you’ll pay the price, I know…

My girl, everybody says she’s alright
And I know that she’s more than alright
Well, she’s a hard headed woman
Got a mean attitude
I may have bitten off more than I can chew
I get a little light headed
At her altitude
But she goes one step higher…

He heard one guitar, just blew him away
He saw stars in his eyes, and the very next day
Bought a beat up six string in a secondhand store
Didn’t know how to play it, but he knew for sure…

I saw a dark silhouette, at the table
I tried to talk, but I was unable
She drew me in right under her spell
I was hypnotized by the sudden temptation

Never do more than I, I really need
My mind is racing, but my body’s in the lead
Tonight’s the night, I’m gonna push it to the limit
I’ll live all of my years in a single minute…

He’s got nothing to say, he’s got no excuse
He’s just made that way, and he’s gonna stay that way
Like a dog on the loose in a firework display in a world of his own
No, no, no, he won’t back down or go running back home…

In your book of broken hearts
You had my name now the story starts
We’ll never be the same again, I have known…

I’m a victim of circumstance
I’m the one that got the second chance
One chance that’s all I need, and I won’t let go

I can’t sleep I keep dreaming I’m losing you
Feel so alone in the night, scared to open my eyes
I’m in too deep, I’m in over my head this time
Can’t get you out of my mind no matter how hard I try…

But sometimes I wonder as I look in your eyes
Maybe you’re thinking of some other guy
But I know, yes I know, how to treat you right
That’s why you call me in the middle of the night…

Out in the street it’s 6 am, another sleepless night
Three cups of coffee, but I can’t clear my head from what went down last night
No we won’t have our own little ways, but somehow we keep it together
You hear me talk, but you don’t hear what I say, I guess it don’t even matter…

Of course, I had to wrap things up with this song……

In my life there’s been heartache and pain
I don’t know if I can face it again
Can’t stop now, I’ve traveled so far
To change this lonely life…