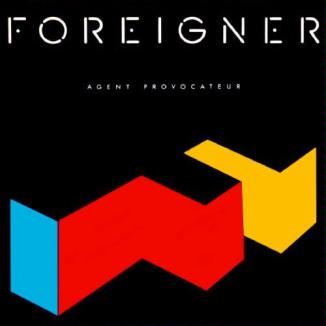 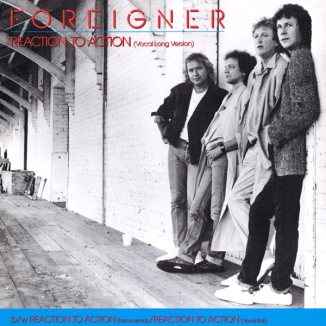 …And the list of favourite rock songs I admire and cherish with all my heart goes on and on…
For today’s song appreciation post, I decided to take a journey back to 1984, when one of my favorite rock albums was released. Yes, I’m talking about “Agent Provocateur” by the American/British rock band Foreigner. I’ve always kept this album very close to my heart and that’s why to me, the following publication is a very special one. Not to mention that I owe a lot to Foreigner – they were one of the first rock bands I started listening to back in the day and one of the bands that introduced me to the genre when I was just a little girl. Anyhow, as I said, in my opinion “Agent Provocateur” is a very important album despite what all the critics say. One might think that in terms of musicianship, technicality and influence, “4” is their most distinctive and remarkable album, however to me things don’t just necessarily stand that way…Anyhow, this is not the time to defend the album from all the negative reviews it received throughout the years…

This morning I was once again listening through the songs of “Agent Provocateur” and decided to make this song appreciation post dedicated to (in my opinion) the second best song of the album – “Reaction to Action”, the first one being “That Was Yesterday”. I get that to many people “I Want to Know What Love Is” is probably THE song from this album and as a matter of fact to many fans it is their most respected and widely-recognized song of all time. It is a classic dreamy, emotional power ballad with inspirational chorus that will live forever – however, to me it’s not their greatest song and definitely not the song they should be remembered by.

That is why I decided to shift the focus to “Reaction to Action” which was released as the third single from the album back in 1984. It didn’t score that well on the charts. Even though it was one of the strongest and most hard-rock driven songs from the album, it only made it to #54 on Billboard charts. Doesn’t matter – to me and to many (Foreigner) fans such numbers cannot truly represent the personal value and meaning of a song in general.

“Reaction to Action” was written by Mick Jones – the founder of Foreigner and Lou Gramm – the lead singer of the band. Some other songs from the album were also written by those two – perfect collaboration and music craftsmanship, indeed. The song itself is a perfect example of AOR (Album Oriented Rock) and to many critics the characteristics of the song make it quite dull, cliché and even tasteless. Regardless, the song includes very charming and cheerful lyrics, in combination with a nice rhythm and perfect vocal delivery. In 2016, such AOR rock songs are definitely considered outdated and don’t attract much attention, except from those people who still listen to the music of a long gone era – the 80s.
I don’t believe in things such as “overall trend” and “common perceptions” – I believe in personal, subjective feelings and emotions that a song can bring to different people, at a different time and on a different level. With this song for example, each time I play it, I feel energized, uplifted, motivated and stimulated – as mainstream as it is, it also triggers some confidence and brightness. It’s very radio-friendly and perfect-for-a-party song that is mixing some elements of classic Foreigner hard rock with pop music. Many people, including critics seem to become quite mad when they see how classic rock bands start making such radio-friendly pop rock songs, however we need to understand that artists change, accept or reject new trends, try or don’t try new styles and directions. All I can say is that I love the lyrics, the upbeat sound and the soulful and profound vocal delivery by Lou.

Enjoy the nice song and play the whole album! Cheers all!

P.S I do not own any photo or video material used in this publication. All the credits go to the photographers, owners or uploaders of the visual/audio materials.